While many professional politicians and polls agree that marijuana prohibition is a failed strategy that perpetuates unjust incarceration in the 21st century, the Kansas representative informed a predominantly “all-white crowd” that black marijuana use made prohibition an essential policy of the 1930s.

Embracing Anslinger’s ideology, the Garden City Telegram captured the state representative as he wrestled to answer a question about the potential economic upside of legalization in Kansas:

“What you really need to do is go back in the ’30s, when they outlawed all types of drugs in Kansas (and) across the United States,” Alford said. “What was the reason why they did that? One of the reasons why, I hate to say it, was that the African Americans, they were basically users and they basically responded the worst off to those drugs just because of their character makeup, their genetics and that.”

Recognized as a cynical and ignorant statement after the fact, Rep Alford offered his mea culpa Monday, telling any and all who might listen, “I was wrong, I regret my comments and I sincerely apologize to anyone I have hurt.”

First elected in 2011, Rep. Alford still serves on the Joint Committee on Corrections and Juvenile Justice Oversight but has since been removed as the Chairman of the state’s foster care task force. Apparently now repentant for his outrageous Sunday statement, the 75-year-old Republican will face re-election Nov. 6, 2018. 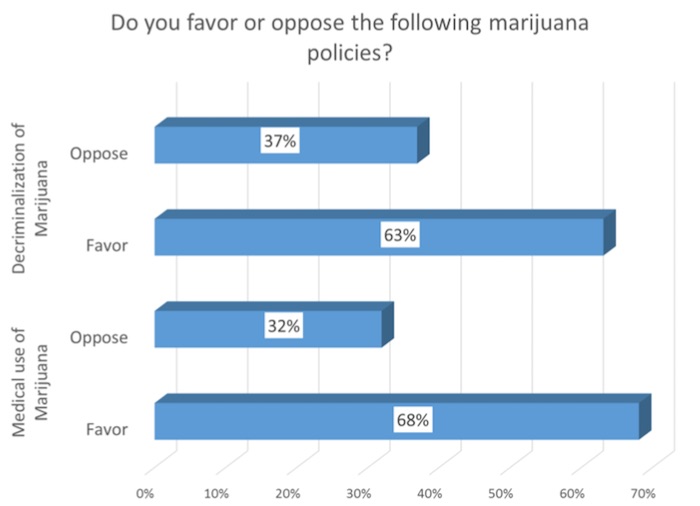 If a 2015 Fort Hays State University poll still rings true, with 63 percent of Kansas voters in support of marijuana legalization, Alford could very well be looking for a new job come Nov. 7.