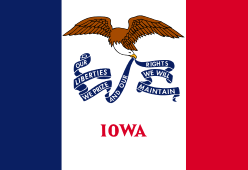 The Iowa Legislature is back in session, and there is renewed hope for common-sense marijuana policy reform. Last week, a Senate subcommittee recommended passage of SF 432, a bill that would reduce the penalties for marijuana possession. The bill would change the penalty for first offense possession of marijuana under five grams from a serious misdemeanor to a simple misdemeanor.

The bill, though not perfect, would be a step in the right direction for Iowa. You see, the Iowa Legislative Services Agency studied the bill and reported that this reform would result in “considerable fewer jail admissions” and “savings to local governments.”

If you are an Iowa resident, please ask your lawmakers to reduce the penalties for marijuana possession.