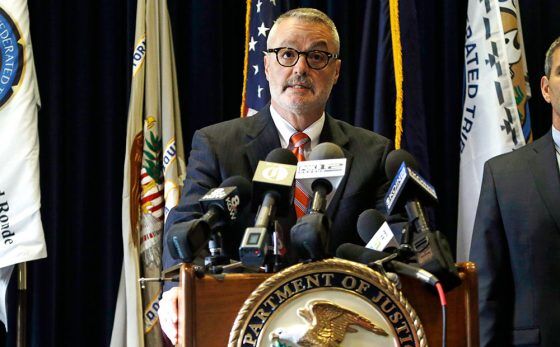 Billy J. Williams, the United States Attorney for the District of Oregon, said in an editorial published Friday that he has concerns about the state’s marijuana regulatory structure, and current enforcement practices.

In an editorial published January 12 on OregonLive.com, Williams wrote, “I have significant concerns about the state’s current regulatory framework and the resources allocated to policing marijuana in Oregon.”

Williams said that he has been given “wide latitude” from U.S. Attorney General Jeff Sessions to “deploy department resources,” after Sessions’ memo last week rescinding the Holden-era Justice Department Cole memo that restricted federal enforcement of federal marijuana laws in states that had legalized the sale of cannabis.

U.S. Attorneys in different regions have released statements regarding their approach. Massachusetts’ federal prosecutor said he “cannot provide assurances” for legal marijuana businesses, while Maine’s has said marijuana users are “not a priority.”

Williams, however wrote, “It would be an inappropriate abdication of my duties to issue any blanket proclamations on our marijuana enforcement strategy in light of federal law.”

Williams cited issues with black and grey market grows, saying they are the source of “money laundering, violence, and environmental degradation.”

When Gov. Brown and Police Superintendent Travis Hampton responded to Sessions in August, they indicated that the report Sessions was referring to was meant to be an internal draft.

In his op-ed, Williams wrote, “We need more information from the state” and called on the state to release the final version of the report.

Williams said in his editorial that he is convening a summit to “address and remedy” concerns and will be inviting federal, state, local and tribal law enforcement, plus public health organizations, Oregon marijuana interests and concerned citizen groups. “This summit and the state’s response will inform our federal enforcement strategy,” he wrote.

Echoing sentiments expressed over the last year by Sessions, Williams expressed concern as to the effects of adult-use marijuana on Oregon’s citizens. “Even recreational marijuana permitted under state law carries ill-effects on public health and safety, as Colorado’s experience shows,” citing a rise in marijuana-related traffic deaths, and marijuana-related emergency and hospital admissions.

Williams also claimed that Colorado youth marijuana use is “up 12 percent, 55 percent higher than the national average. We must do everything in our power to avoid similar trends here in Oregon.”

In fact, one recent study showed that teen use in Colorado has decreased, although Colorado school police disputed this decline.

Williams summed up his statement, “We will continue to look at cases individually and assess whether charges are appropriate considering the best needs of our community.”