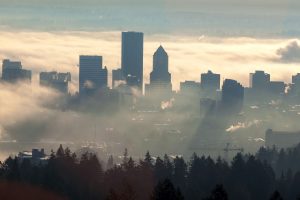 Nearly 20% of state-licensed marijuana retailers in a recent undercover operation sold cannabis to underage buyers, according to Oregon authorities.

The Oregon Liquor Control Commission told The Oregonian that 16 of 86 shops sold marijuana to people younger than 21 during decoy visits in December.

The agency issued citations to the violating stores, which also could face fines or temporary license suspensions.

“Oregonians who voted for legalizing recreational marijuana implicitly told the cannabis industry to abide by public safety laws,” Marks said in a statement. “Clearly they’re not.”

Anna Schrab’s AmeriCannaRX in Portland was among the shops the state said sold to an underage customer.

The owner called the situation “embarrassing” and said she fired the employee who conducted the transaction.

Schrab said she plans to buy a device that scans the identification of buyers. She also said she’s offering employees a bonus if they catch underage buyers.

Mark Pettinger, a liquor commission spokesman, said more decoy operations are planned and the agency intends to visit every licensed marijuana store in the state annually.

Oregon’s underage sales is the second black eye for the cannabis industry in two months.

In December, Denver police raided one of the largest retail chain operators in Colorado for selling illegally excessive amounts of cannabis to customers.

The “looping” incidents led to the arrests of 13 Sweet Leaf budtenders, and 26 of the chain’s licenses were suspended.