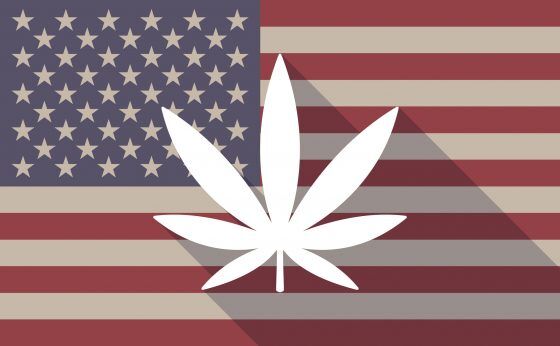 Jeff Sessions hates marijuana. Hates it, with a passion that has animated almost nothing else in his career. “Good people don’t smoke marijuana,” he has said. He even once said about the Ku Klux Klan, “I thought those guys were OK until I learned they smoked pot.”

He says that was a joke, but even so, it still says something about where he’s coming from.

So if you’re wondering why Sessions has endured the humiliation of being demeaned and abused by President Donald Trump and stayed on as attorney general, one big answer is the policy change he announced this week: He is rescinding an Obama-era directive that instructed federal prosecutors not to prioritize prosecuting businesses like dispensaries in states that had legalized cannabis. Sessions is finally getting the chance to lock up all those hippies, with their pot-smoking and their free love and their wah wah pedals and everything immoral they represent. He’ll show them.

So what happens now? The emerging legal picture is murky, since a lot depends on the individual decisions federal prosecutors will make. The political picture is somewhat clearer: this is bad news for Republicans.

Let’s start with the legal questions. The 2013 Obama administration letter that Sessions rescinded, called the Cole memo, told federal prosecutors that in states that had legalized marijuana, they should use their prosecutorial discretion to focus not on businesses that comply with state regulations, but on illicit enterprises that create harms like selling drugs to children, operating with criminal gangs, selling across state lines, and so on. In other words, prosecutors could still fight the drug trade, but if a state has legalized marijuana and put in place its own regulatory system, they should leave those operating within that system alone.

There’s also a provision in the federal budget known as the Rohrabacher-Farr amendment (now the Rohrabacher-Blumenauer amendment) that forbids the Justice Department from using any resources to interfere with the provision of medical marijuana in states that have legalized it. Right now there are 29 states that have put in place some kind of medical marijuana system, in addition to the eight states (plus Washington) that have either legalized possession of small amounts of marijuana or set up a regulated system for the commercial sale of the drug. The most important is California, which as of the beginning of this year has legalized sales for recreational use.

So is every U.S. Attorney in those eight states immediately going to start busting down the doors of marijuana dispensaries?

“I don’t think so,” said Tamar Todd, Senior Director of the Office of Legal Affairs at the Drug Policy Alliance, whom I spoke to this week. “There’s plenty of drug law to enforce” when it comes to the illicit market, she noted, and federal prosecutors rely on cooperation with state authorities in much of their prosecutions of drug cases.

Going after state-licensed dispensaries or grow operations, furthermore, would leave federal prosecutors isolated. In states with legal marijuana systems, such a crackdown would produce an outcry from both Democrats and Republicans, in addition to state government and law enforcement officials. Federal prosecutors “lack the resources to go into California and enforce the marijuana laws against everybody, so federal interests are really best served by them teaming up and working with the states,” Todd says, “not using their resources to disrupt how the states are trying to responsibly regulate, which is just going to cause more harm for everyone.”

That doesn’t mean that a motivated U.S Attorney – a Sessions mini-me, if you will – couldn’t go on a crusade in his or her district and start prosecuting every marijuana operation in sight. While the Obama administration policy let states know they could craft their own regulations without fear of the feds coming in and wrecking everything they were trying to do, now there’s much more uncertainty.

“It does open up the opportunity for the rogue U.S Attorney who’s not about protecting the public but is more about an ideological opposition to legalization,” Todd said, “to prove that legalization doesn’t work by creating chaos and disruption.”

Even if that doesn’t happen, or happens only here and there, the Trump administration has sent a clear message to the public that it wants to turn back the clock on our nation’s drug laws. There’s no doubt that Jeff Sessions is sincere in his desire to do so, but politically it could be a disaster. According to the latest Gallup poll, 64 percent of Americans favor legalization, including a majority of Republicans. There could be a dozen more states considering some form of legalization this year, either in their legislatures or through ballot initiatives, which will only bring more attention to the issue and set people’s own states against the administration. Just this week, the Vermont House of Representatives voted to legalize personal possession and cultivation of marijuana, and the bill is expected to pass the State Senate and be signed by the governor. They won’t be the last.

That the Trump administration is doing something so unpopular will put a lot of Republicans in a very awkward position, particularly if they come from a state like Colorado or California – precisely the representatives who are going to be most vulnerable in this November’s elections. Many of them have released outraged statements condemning the decision, but it might not be enough to convince voters not to punish Trump by voting them out. A member like Rep. Dana Rohrabacher (whose California district was won by Hillary Clinton in 2016) can cry to his constituents that he opposed the marijuana crackdown and the tax bill (which cut back their deduction for state and local taxes), and they might listen. But in a year of a Democratic wave, they might also just decide to sweep him out with the rest of the GOP.

So the end result of this policy could well be to accelerate the liberalization of the nation’s marijuana laws. A backlash could help more Democrats get elected and push elected Democrats to more unambiguously support legalization. Don’t be surprised if every Democrat running for president in 2020 favors ending the federal prohibition on marijuana and returning the question to the states. One potential candidate, Sen. Cory Booker, D-N.J., has already introduced a bill to do just that.

Which will set up an interesting dynamic, in which Democrats are the ones arguing for pushing back against the heavy hand of federal power and letting states decide for themselves what they want to do. The traditional GOP position on states’ rights was always opportunistic, something they favored only when states were doing something they agreed with. But that will just be one more reason why this is an issue Republicans want to run away from, and Democrats are eager to talk about.

So Jeff Sessions may get what he wants for now. But in the end he probably did a great service to the legalization movement.