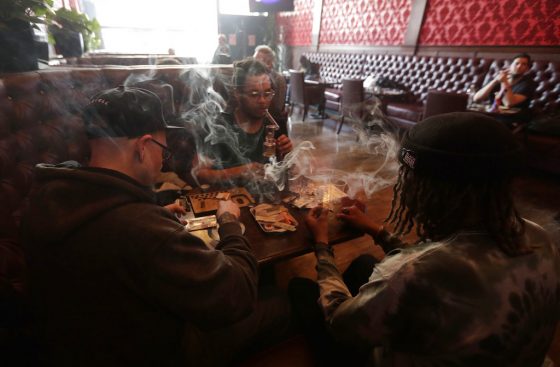 It’s been a flaw in the state’s legalized recreational marijuana experiment since the day pot shops opened on Jan. 1, 2014. The result has been flagrant use in public that is both a violation of state law, which bans public consumption, and a mildly annoying nuisance to those sharing the park, sidewalk or trail.

Denver attempted to tackle the issue by allowing permits for places of public consumption, but the response to the highly regulated process has been far too slow. Meanwhile, municipalities have turned a blind eye to marijuana social clubs that operate outside state regulation by charging a membership fee to make the venue no longer “public.”

Colorado lawmakers have the ability this session to turn the tide. House Bill 1258 is a fairly conservative approach to the issue. It would allow businesses that currently hold licenses to sell retail or medical marijuana to also open an accessory establishment that can sell marijuana products for consumption at the establishment.

This bill takes a softer approach than those that have failed in years past and is sponsored by Democrats in the House — Reps. Jonathan Singer and Jovan Melton — and a Republican in the Senate — Sen. Tim Neville — giving the legislation a good chance of passing the split chambers.

Read the full op-ed at DenverPost.com