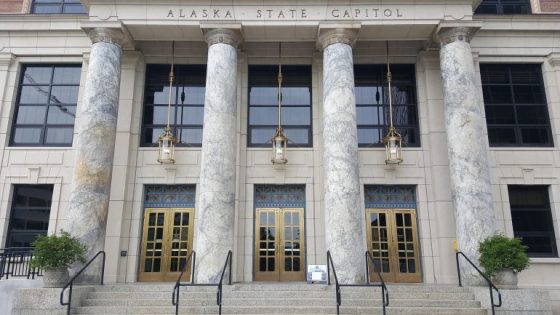 By Editorial Board, Fairbanks Daily News-Miner

A bill that would seal the records of marijuana possession convictions prior to Feb. 24, 2015 — when marijuana possession was officially legalized — has been sponsored by Democratic Reps. Harriet Drummond, Ivy Spohnholz and Geran Tarr. The bill would neither expunge charges, nor would the possession conviction be sealed if they were attached to a violent offense. The three Anchorage representatives may have good intentions, but sealing these records is problematic.

“This bill does not benefit drug dealers,” she told the committee. “Rather, it helps mothers and fathers clear their names from past mistakes, allows many of our friends and neighbors to apply for jobs they didn’t think they could ever get and strengthens communities by providing new opportunities for those who have been held back because of this overlooked impact of legalization.”

OK, good. There is no doubt securing a job with a criminal past can be difficult. In fact, employment is key to lowering recidivism rates in the criminal justice system.

But what about employers? Don’t they have a right to know who they are hiring? Doesn’t the public have the right to know if a candidate for public office has a criminal past?

Rep. Hammond was wrong when she told the committee that people convicted of marijuana possession “did something that is now entirely legal.” Marijuana possession remains illegal at a federal level. Federal employers, and there are many in the state, might want to know if applicants have a state marijuana possession conviction. Employers in other sectors such as the transportation industry may find this information helpful in selecting the right job applicant, too.

Also, a change in the marijuana possession law does not change the fact that a person broke the law. It reflects a certain attitude toward the law that some employers may find off-putting.

If Alaska’s voting record on marijuana issues, especially in Fairbanks and the Fairbanks North Star Borough, is a reflection of people’s attitude toward marijuana usage, it seems there would be many employers across the state who are willing to overlook these past possession convictions.

Sealing a public record is rarely a good idea. This is not one of those rare instances. HB 316 serves only the people who broke the law. It ignores others who may might want or need access to those criminal records. Lawmakers should quickly vote this bill down and move on to important issues.