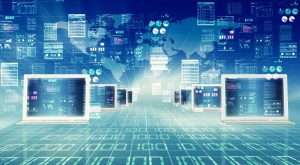 Online cannabis marketplace Tradiv is closing its doors on Dec. 31 after the once promising Colorado tech company stumbled badly.

Co-founder Geoff Doran said in an email to Marijuana Business Daily the company is closing because of the “missteps along our journey, some of our own making and some beyond our control.” He declined to elaborate.

The Boulder-based company was founded in November 2014 and quickly shot to prominence. Companies use its online wholesale platform to buy and sell cannabis.

In 2016, Inc. magazine named co-founder Aeron Sullivan as one of its 30 under 30 founders “taking on some of the world’s biggest challenges.” At the time the company had 21 employees and $1.1 million in raised funds.

Doran said the company currently employs six, with about 65 buyers and more than 60 sellers participating in its marketplace.

Inc. quoted Sullivan as hoping to build the “Amazon of the marijuana industry.”

He was an alumni of CanopyBoulder, a well-known marijuana-centric business accelerator in Colorado.