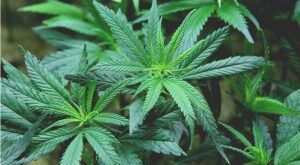 As it turns out, neither has proven to be true, according to new research.

Since medical marijuana first became legal in California in 1996, it’s been legalized across nearly three-fifths of the United States. However, that’s had virtually no impact on the rate of recreational marijuana use among teens, a broad review of published studies has found.

“Several years ago, before the group of papers we [analyzed] started to be published, people thought that medical marijuana laws would increase teen marijuana laws by ‘sending the message’ to teens that marijuana was safe and acceptable to use,” explained Deborah Hasin, the new study’s lead author.

However, she said, “it doesn’t seem that teens were impacted much by this — perhaps because they didn’t find the legalization of medical use very relevant to them or didn’t even know about the laws.” [Read More @ US News]