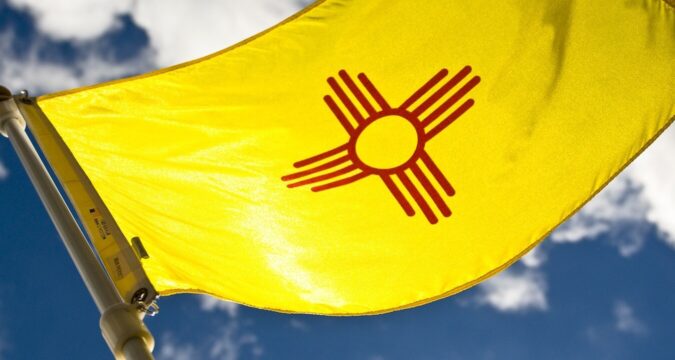 “New Mexico’s current marijuana laws are unfair, unpopular and wasteful. Thousands of individuals are arrested for marijuana possession in New Mexico every year,” said Emily Kaltenbach, New Mexico State Director of the Drug Policy Alliance. “It is a waste of law enforcement resources and taxpayer money when we could have a safe and legal industry creating thousands of sustainable new jobs. Legalizing small amounts of marijuana will also increase tax revenue and remove millions in sales from the criminal market, putting that money into the New Mexico economy. The marijuana industry will immediately create one of NM’s most lucrative industries, bigger than film, pecan, chile, and craft beer.”

Advocates are applauding this common sense measure that is long overdue. However, being a short, budget-only, session they are primarily excited about the potential for the measure as a tool for discussion and a way to move the conversation forward before the 60 day legislative session in 2019.

“We don’t expect the bill to pass this year, but introducing it is important,” said Kaltenbach. “We also hope to discuss the merits and challenges of marijuana legalization with legislators during the interim session as well as with their constituents. Feedback from these conversations will make for the best, most carefully thought out policy proposal for 2019.”

A national shift on marijuana legalization is underway. Despite the stance of the current federal administration, just last week the Governor of Vermont signed a bill to tax and regulate marijuana. That makes nine states, and Washington D.C. that have legalized marijuana for adult use. And 29 states now permit the use of medical marijuana, including New Mexico. Colorado, Washington, Alaska and Oregon have brought in hundreds of millions of dollars in tax revenue from marijuana taxation, and the fears of prohibitionists have not been borne out in these states.

The Drug Policy Alliance’s newly released report From Prohibition to Progress finds that states are saving money and protecting the public by comprehensively regulating marijuana for adult use. There have been dramatic decreases in marijuana arrests and convictions, saving states millions of dollars and preventing the criminalization of thousands of people.

The report also states that: youth marijuana use has remained stable in states that have legalized; access to legal marijuana is associated with reductions in some of the most troubling harms associated with opioid use, including opioid overdose deaths and untreated opioid use disorders;  DUI arrests for driving under the influence, of alcohol and other drugs, have declined in Colorado and Washington, the first two states to legalize marijuana; and, at the same time, states are exceeding their marijuana revenue estimates and filling their coffers with hundreds of millions of dollars.