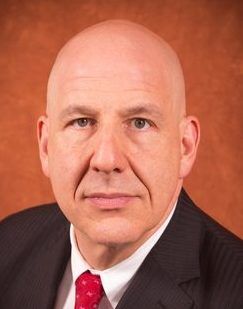 With Gov. Phil Murphy estimating over $850 million in 2019 sales, the program will allow selling all cannabis products (flower, vape, concentrates and edibles), anyone over 21 to purchase an ounce of flower, 7 grams of “concentrate” and 16 ounces of edibles, and will license five types of marijuana-related businesses (MRBs): cultivation/manufacturing; processing; wholesaling; transporting and retailing.

Comprised of 15,000 registered patients and six “vertically integrated MRBs” (i.e., grower, processor and dispensary consolidated into one facility), New Jersey’s medical marijuana program is governed by its Department of Health pursuant to the Compassionate Use Medical Marijuana Act, N.J.S.A. 24:6I-1 et seq..

Presently pending before New Jersey’s legislature are two adult-use marijuana bills. Introduced on May 17, 2017, by Sen. Nicholas Scutari, Senate Bill S3195 has been before the Senate Judiciary Committee since January 2018. Introduced on March 12 by Assemblyman Reed Gusciora, Bill No. A3581 is before the Assembly’s oversight committee which is holding general hearings.

Roughly similar, Bill S3195 and Bill A3581 differ on the following: first, although Bill S3195 does not provide for home marijuana growing, Bill A3581 allows adults to grow up to six plants, three of which could be mature at any given time. Second, Bill A3581 would allow more than 400 dispensaries statewide whereas Bill S3195 provides no defined number requiring regulators to establish a cap. Third, while both have annual increasing tax rates, Bill S3195 tops out at 25 percent whereas Bill A3581 only rises to 15 percent. Fourth, Bill A3581 limits nondispensary MRBs license classification to 15 producer-processors (increasing to 25 after two years) and 80 transporters. Fifth, Bill A3581 has broader diversity aims requiring that at least 15 percent of cultivation/manufacturing, processing and retailing licenses be issued to minority-owned, women-owned or veteran-owned applicants.

Unlike the Department of Health-run medical marijuana program, both Bill S3195 and Bill A3581 propose creating a Division of Marijuana Enforcement (division) to govern New Jersey’s adult-use program. The governor will appoint the division’s director and the division’s powers and duties include regulating marijuana’s production, processing, transportation, sale, purchase and delivery. The division is also empowered to adopt, amend or repeal regulations necessary to carry out act’s intent, grant, refuse, suspend, or cancel marijuana production processing and sale licenses, and permit transfer of licenses between persons.

The division has one-year from date of the act’s passage to adopt regulations encompassing areas including requiring that applicants be New Jersey residents for at least two  years and establishing a competitive application process awarding licenses based on criteria including minority- or female-owned business status as defined in Section 3 of PL 1983c 482 (C. 52:32-19).

To prevent marketing of marijuana to minors, the division is also tasked with establishing packaging and branding regulations including ensuring items are packaged in “child-resistant containers,” prohibiting toys or cartoons or depicting a person under the legal age consuming marijuana, and limiting advertising to where there’s “reliable evidence that no more than 20 percent of audience is reasonably expected to be under 21″ and, if so, only running radio, television and internet advertising between 10 p.m. and 6 a.m.

Bill S3195 provides for six classes of licensure: cultivation; processing; wholesaler; retailer; transportation; and handler (i.e., individual possessing, securing or selling marijuana at licensed MRBs). Following the act’s passage, the division shall determine maximum number of licenses for each class, within one year of act’s effective date begin accepting/processing applications and, within 90 days of each application’s receipt, either deny, or issue a license to, applicant.

Bill S3195 prohibits: any owner, shareholder, officer, or director of grower, processor, wholesaler or testing lab from owning or receiving any payment from a dispensary; any dispensary owner, stockholder or director from owning any cultivation, testing or manufacturing facility; and any person from holding more than three cultivation, testing, manufacturing or retailing licenses.

Purchasing adult-use marijuana is not limited to New Jersey residents and only requires a “state-issued photographic identification” like a driver’s license. Bill S3195 decriminalizes marijuana possession of up to 50 grams “immediately,” allows those arrested for possession to expunge their records, and prohibits police from using “marijuana odor” as an “reasonable articulable suspicion” of a crime.

Bill S3195 does not require employers to permit or accommodate marijuana use, consumption, possession, transfer, display, transportation, sale or growing in the workplace or affect employers’ ability to have policies prohibiting marijuana use or intoxication during work hours.

While nothing in Bill S3195 prevents a business or employer from prohibiting marijuana use on their property, employers are barred from refusing to hire, discharging or any other adverse employment action for cannabis use unless there is a rational basis for doing so reasonably related to employment. Additionally, cannabis in the blood stream may not be the basis for penalizing individuals including denying medical care (ex., organ transplant) or refusing to enroll, employ or lease.

Although no program has been launched nor has any statute or regulation been enacted, Gov. Murphy’s 2019 budget lists $60 million of anticipated adult-use tax revenue and neighboring states’ medical marijuana programs are bracing for a sales drought.

Conversely, California kicked off its adult-use program with a 45 percent effective tax rate comprised of: a 15-percent “cannabis retail sales excise tax”; a cannabis cultivation tax of $9.25 per ounce of flowers and $2.75 per ounce of leaves; local and state taxes ranging from 7.75 percent-9.75 percent. Critics of California’s tax scheme fear that it will both impede the adult-use program’s rollout and encourage the black market to flourish.

Second, because it imposes no residency requirements on purchasing, New Jersey’s adult-use program will lure neighboring states’ residents, which, in turn, will detract from these states’  formative and modestly performing medical marijuana programs.

Pennsylvania, New York, Maryland, Connecticut and Delaware only have medical marijuana programs—many of which bar edibles, pre-rolled joints and flower. Thus, beyond demanding visits to a doctor authorized to certify patients of having a specified “covered medical conditions,” being certified as having a “covered medical condition,” applying for and receiving a state-issue medical marijuana card, undergoing respective dispensaries on-boarding program, and paying application and doctors fees (which medical insurance doesn’t cover), these states offer limited product selections.

Because all of this can be avoided by merely crossing a bridge and presenting a valid driver’s license, and because a much greater product selection will be offered, Pennsylvania, New York, Maryland, Connecticut and Delaware will suffer massive medical marijuana sales loss to New Jersey’s adult-use program.

Reprinted with permission from the Mar 27, 2018 edition of the Legal Intelligencer © 2018 ALM Media Properties, LLC. All rights reserved. Further duplication without permission is prohibited, contact 877-257-3382 or [email protected].
Advertisement
cannabismarijuanamediblereviewnews