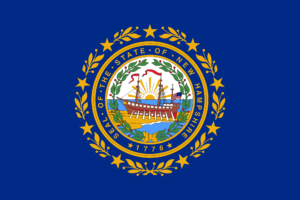 Last week, the New Hampshire House Criminal Justice and Public Safety Committee voted 13-7 to recommend against passage of HB 656, a bill that would legalize, regulate, and tax marijuana for use by adults 21 and older. The committee also voted to defeat a proposed amendment that would simply legalize possession and limited cultivation for adults. The committee’s recommendation is not the end of the road for HB 656: The full House will debate and vote on it in January.

The minority of the committee decided to embrace the home cultivation amendment rather than the comprehensive marijuana regulation bill. This means that if the House overturns the committee’s negative recommendation, it will be expected to vote on the amendment next. You can read the amendment here — it would allow adults to cultivate six plants, three of which could be mature. It would also legalize possession of three-quarters of an ounce, and marijuana in excess of that amount would be legal as long as it is stored along with the plants that produced it.

If you are a New Hampshire resident, please call your representatives today — urge them to vote against this committee recommendation and in favor of HB 656.