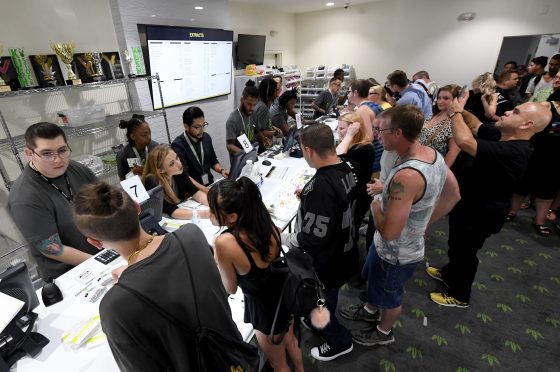 CARSON CITY, Nev. — The director of the Nevada Department of Taxation, who also serves as the state’s chief regulator of recreational marijuana, has announced her resignation.

Gov. Brian Sandoval said Friday that Deonne Contine will leave Feb. 9 to pursue an opportunity in the private sector. He says he’ll name her successor in the near future.

Sandoval says Contine’s experience, skills and hard work served the state well as she oversaw the implementation of several regulatory programs in recent years. The biggest was the sale of recreational marijuana that became legal in July under a voter-approved initiative.

The Republican governor opposed legalization of recreational pot. But he says he knew he could count on Contine to implement the kind of tightly-controlled regulatory structure he envisioned to protect the public health and safety of Nevadans while allowing the new industry to thrive.