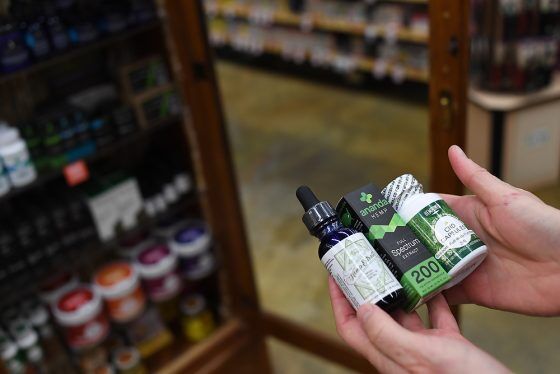 DES MOINES, Iowa — Unregulated sales of cannabis oil have been ramping up in Iowa even as state officials work to set up a tightly regulated distribution system for medical marijuana products.

Several Iowa business are openly selling the oils, known as cannabidiol, or CBD, despite warnings from state officials that it’s illegal to do so in unregulated stores, the Des Moines Register reported. The regulatory system for medical marijuana won’t go into effect until next year.

The system will have one state-licensed production facility and up to five authorized dispensaries. Only patients with state permits certifying conditions such as epilepsy, cancer or Parkinson’s will be allowed to buy medical marijuana products.

“It’s a confusing law,” Burke said. “It’s going to be an interesting year to see how this all plays out.”

Muscatine County Attorney Alan Ostergren didn’t file charges for the seizures but warned that future violations may be prosecuted. Ostergren said residents should destroy any CBD products they have.

The Governor’s Office of Drug Control Police recently sent police departments and county attorneys a copy of a Department of Public Health memo that says CBD products that aren’t manufactured under the department’s regulatory program are illegal in Iowa.

Kim Loeffler owns the Corner Store Apothecary in Cedar Rapids, where she sells CBD products. Loeffler said knows the subject is a legal gray area, but she believes she’s on solid legal ground. She and other CBD supporters plan to ask Iowa lawmakers to make clear that the products they sell are legal.

“We want to be in line with the law,” Loeffler said.

Information from: The Des Moines Register