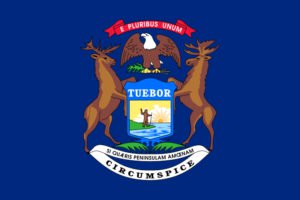 On Monday, the Coalition to Regulate Marijuana Like Alcohol will submitted petitions to put a ballot initiative on the 2018 ballot in Michigan that would make marijuana legal and regulate it for adults.

Organizers of a ballot drive to legalize the use of marijuana for recreational purposes in Michigan submitted 365,000 signatures to the state Monday, which appears to be more than enough to qualify the initiative for a statewide vote in 2018.

The Coalition to Regulate Marijuana Like Alcohol said the prohibition against recreational marijuana is “a massive failure.”

Michigan has allowed medical marijuana use for nearly a decade. If the new proposal were to make the ballot and win voter approval, it would make Michigan the ninth state to legalize the drug for recreational use.

If passed, people 21 and older could possess up to 2.5 ounces (71 grams) of marijuana and grow up to 12 plants at home. A 10 percent tax on marijuana would be assessed on top of the 6 percent state sales tax.

Josh Hovey, a spokesman for the coalition, said fully legalizing the drug for adults would generate hundreds of millions in new tax revenue. He estimated that 20,000 people in the state are arrested annually for marijuana possession and cultivation.

“Oftentimes it’s just adults using a plant that is less harmful than alcohol or tobacco,” he said at a news conference a couple of blocks from the state Bureau of Elections. “It’s breaking up families. It’s destroying communities. … We can impose some regulations, create a new industry in the state. You’re going to see not only the tax benefits of that, but jobs, less crime and letting law enforcement go after things that are more important.”

State officials will take about two months to review the voter signatures. If they determine that about 252,000 are valid, the bill would go to the Republican-controlled Legislature. Lawmakers would have 40 days to adopt the measure or it would be placed on the November 2018 statewide ballot. Legislators could propose an alternative marijuana bill to put before voters alongside the initiative.

The campaign is proud to have the support from both national and local advocacy organizations including the Marijuana Policy Project, the National Cannabis Industry Association, the ACLU of Michigan, the Drug Policy Alliance, the National Patients Rights Association, Michigan NORML and MI Legalize.