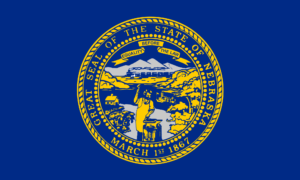 Yesterday, Nebraska Sen. Anna Wishart introduced Legislative Resolution 293CA. If the  Legislature passes this resolution, Nebraskans will finally have the chance to vote on medical marijuana. “Tens of thousands of Nebraskans are needlessly suffering because they don’t have access to medical cannabis, including veterans, children and the terminally ill,” Sen. Wishart said. “Nebraska leaders have failed to act and provide these Nebraskans and their doctors the freedom to make decisions for their patients, without fear.”

Sen. Wishart has been a stalwart ally to patients in Nebraska, having been the primary sponsor of last year’s medical marijuana bill. The legislature failed to act on this important issue in last year’s session, but with this year’s resolution, the legislature could let the people of Nebraska make the right choice to give patients access to medicine they desperately need.

A February 2017 poll showed that 83% of Nebraskans support medical marijuana conceptually, and 77% support the ballot initiative.

If you are a Nebraska resident, please tell your senator to give you and your fellow Cornhuskers the chance to vote on medical marijuana.