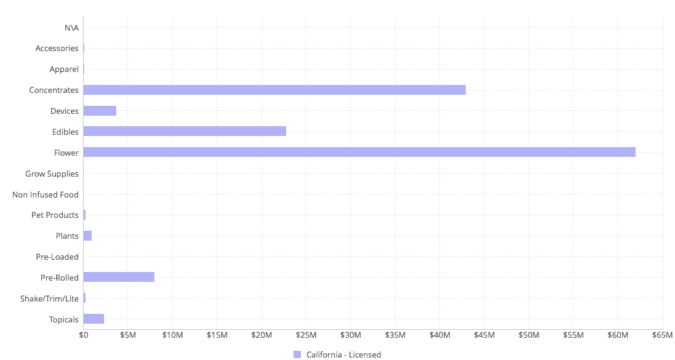 How do Californians prefer to consumer their favorite plant? Prior to recreational legalization, we fully understood where those with medical licenses spent their money. Would full legalization change things?

It did. So far, the shifts in consumer preferences between those with medical cards (all sales prior to 2018) and consumers who can simply prove they are 21 or older (sales since January 1) have not been earth-shattering. But they are interesting and tell us things about where Golden State cannabis trends are headed during this historic year of recreational legalization.

In some ways, things remained largely the same according to data from cannabis market research firm BDS Analytics. 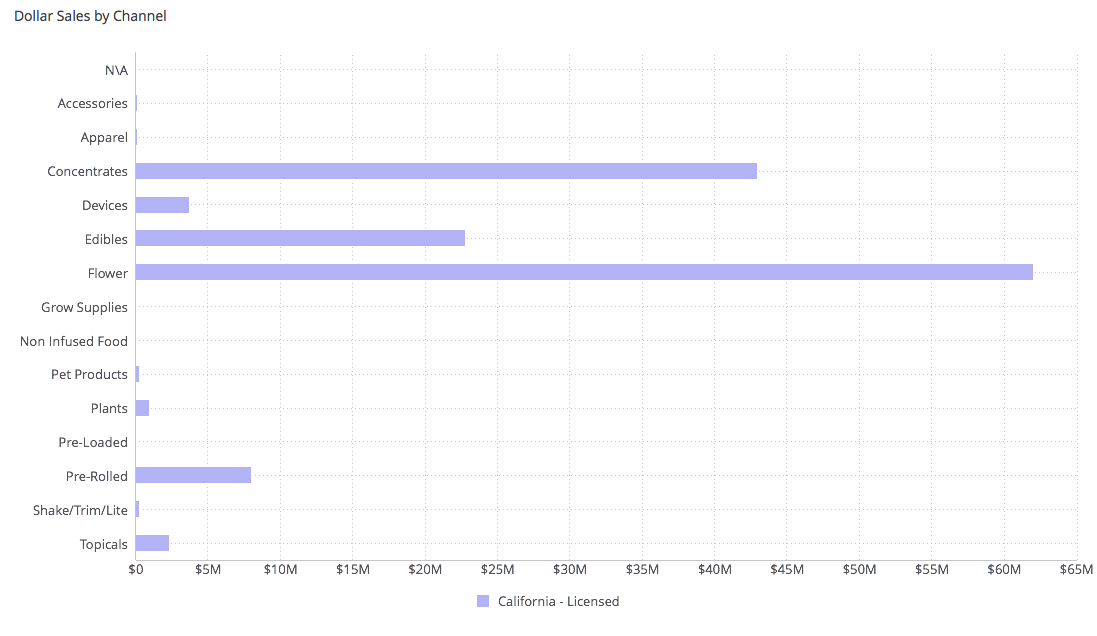 Change? Sure. But relatively minor adjustments.

Things grow at least slightly more profound when we drill down more deeply into categories.

Californians love their vape pens with abandon, and full legalization excited vape sales even more. Back in December, vape pens captured 71 percent of the booming concentrates market. But just a month later, the piece of the concentrates’ pie owned by vape pens expanded by about 10 percent, to 78 percent. The rest of the major sales categories for concentrates — wax, shatter, oils, live resin — shifted slightly, but nothing out of the ordinary compared to vape’s boost. For comparison’s sake, vape captured 39 percent of the concentrates market in Colorado in January.

Another interesting 2018 twist with concentrates (and other categories) — price hikes.

Finally, the perennial cannabis behemoth — flower. It grabbed 43 percent of California sales in December, with an average per-gram price of $9.62, which represents a rise of nearly 9 percent compared to December’s average price of $8.81.

The strain-jockeying for market share between December and January evolved, although the differences with this more granular examination of sales data could be tied to differences in data collection between December and January. Beginning in January, only cannabis shops with recreational licenses are mined for data by BDS Analytics, but the state still supports shops that are selling without licenses. That will change over the course of 2018, but it certainly played a role in some kinds of data in January, such as sales numbers (which we are not covering in this piece). Meanwhile, data collection prior to 2018 involved cannabis dispensaries with altogether different medical licenses.

Blue Dream still rules in California, but the rabbi-blessed Kosher Kush is growing fast in the Golden State’s dispensaries with recreational sales licenses.

One thing is constant between December and January — Blue Dream rules, regardless of whether it’s being sold through the old Wild West model of 2017 or the more regulated 2018 approach.

But whereas in December Gorilla Glue #4 snagged second place, in January it was Kosher Kush among licensed recreational dispensaries. Kosher Kush has been rising fast for the past year.

The evolution of the largest legal recreational cannabis marketplace in the world is just getting started. A year from now, it is likely the consumer landscape will have changed a fair bit from how it looks today.