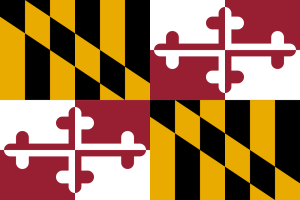 Maryland’s legislative session began earlier this month, and there are several cannabis policy issues already on the agenda. MPP and our allies in the Maryland Cannabis Policy Coalition are supporting an effort to let the people of Maryland decide whether the state should tax and regulate cannabis for adults.

Unlike many other states, Maryland citizens can’t collect signatures to put an issue on the ballot. In order for the people to vote on an issue, lawmakers must pass a bill that puts a constitutional amendment on the ballot. We hope that Maryland lawmakers will allow voters to put an end to the ineffective, costly, and unfair policy of cannabis prohibition and replace it with a system that allows adults to lawfully consume a substance that is safer than alcohol.

In other news, the legislative black caucus introduced a bill that would license additional businesses that could go to women and minority-owned businesses in light of a disparity study that found these groups were at a disadvantage in the licensing processes. And Sen. Bobby Zirkin, chairman of the Judicial Proceedings Committee, has introduced bills that would expand Maryland’s decriminalization law, SB 127 and SB 128.

If you are a Maryland resident, please contact your lawmakers and tell them you want the chance to vote on legalization this year.