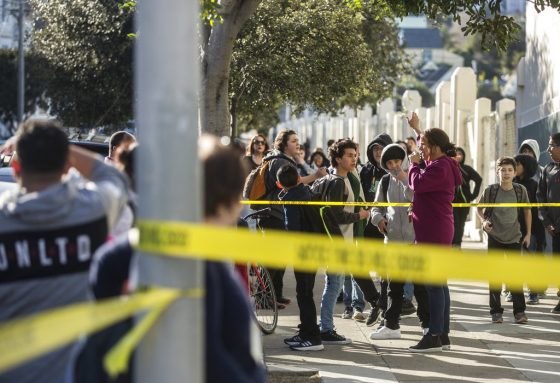 The San Francisco Unified School District said in a statement Wednesday that the students’ symptoms were “consistent with marijuana intoxication” A container labeled ‘medical cannabis’ was confiscated.

Related: Here’s why parents should talk to their kids about marijuana use

District spokeswoman Laura Dudnick said Wednesday she did not have information on whether the marijuana was in edible form or smoked.