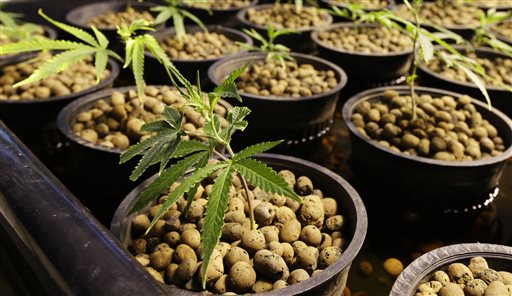 CENTRALIA, Wash. (AP) — Three marijuana retailers are suing Lewis County over an ordinance approved last year that essentially bans cannabis-related businesses in unincorporated Lewis County by requiring them to get approval from the federal government, which provides no such permission.

The complaint, filed in July 2017, says the county’s ordinance is contrary to state law. The companies want the court to order the county to issue business licenses to the marijuana retailers.

The state Attorney General’s Office filed a motion to intervene in the case.

“In their original motion to intervene, the AG indicated that it believes Lewis County’s ordinance is consistent with state law,” Civil Deputy Prosecutor Eric Eisenberg told The Chronicle . “So, they are entering as a defendant because they will, it seems, be primarily arguing against the plaintiffs and not against Lewis County.”

A trial date hasn’t been set.

Five Points of Pierce County, Dank’s Wonder Emporium and Washington Green Leaf filed a Writ of Mandamus against Lewis County in Lewis County Superior Court asking that the county be forced to provide them with business licenses.

They are represented by attorney Darian Stanford in Portland, Oregon. He did not immediately return a request for comment.

“Defendant has issued an ordinance requiring all those applying for business licenses to produce, process or sell marijuana at retail within the unincorporated areas of Lewis County to first obtain proof of registration approval for the applicant’s marijuana activity from the United States Attorney General or Drug Enforcement Agency, resulting in complete prohibition on the production, processing and retail sale of recreational marijuana in unincorporated Lewis County, despite the state-wide legalization of such activities,” the complaint reads.

The Board of Lewis County Commissioners approved that ordinance in 2017 after lifting a moratorium on marijuana businesses that had been in place since 2013.

U.S. Attorney General Jeff Sessions has previously stated that he does not believe marijuana should be legalized.

While Washington state Attorney General Bob Ferguson has supported the state’s right to legalize recreational cannabis use, he has also concluded that Initiative 502 does not preclude local governments from enacting bans against such businesses in their jurisdictions.

In a response to the suit filed in January, Lewis County asked for the lawsuit to be dismissed, and argues the county’s ordinance is not the only hindrance to the companies.

“Plaintiffs are prohibited by other jurisdictions’ law, beyond the control of Lewis County, from operating marijuana retail establishments at the proposed location,” the reply said.

Information from: The Chronicle, http://www.chronline.com