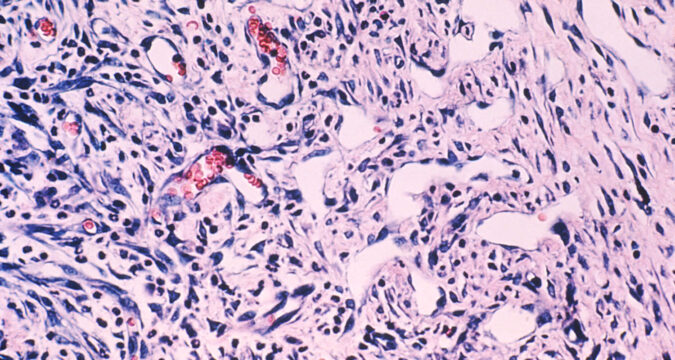 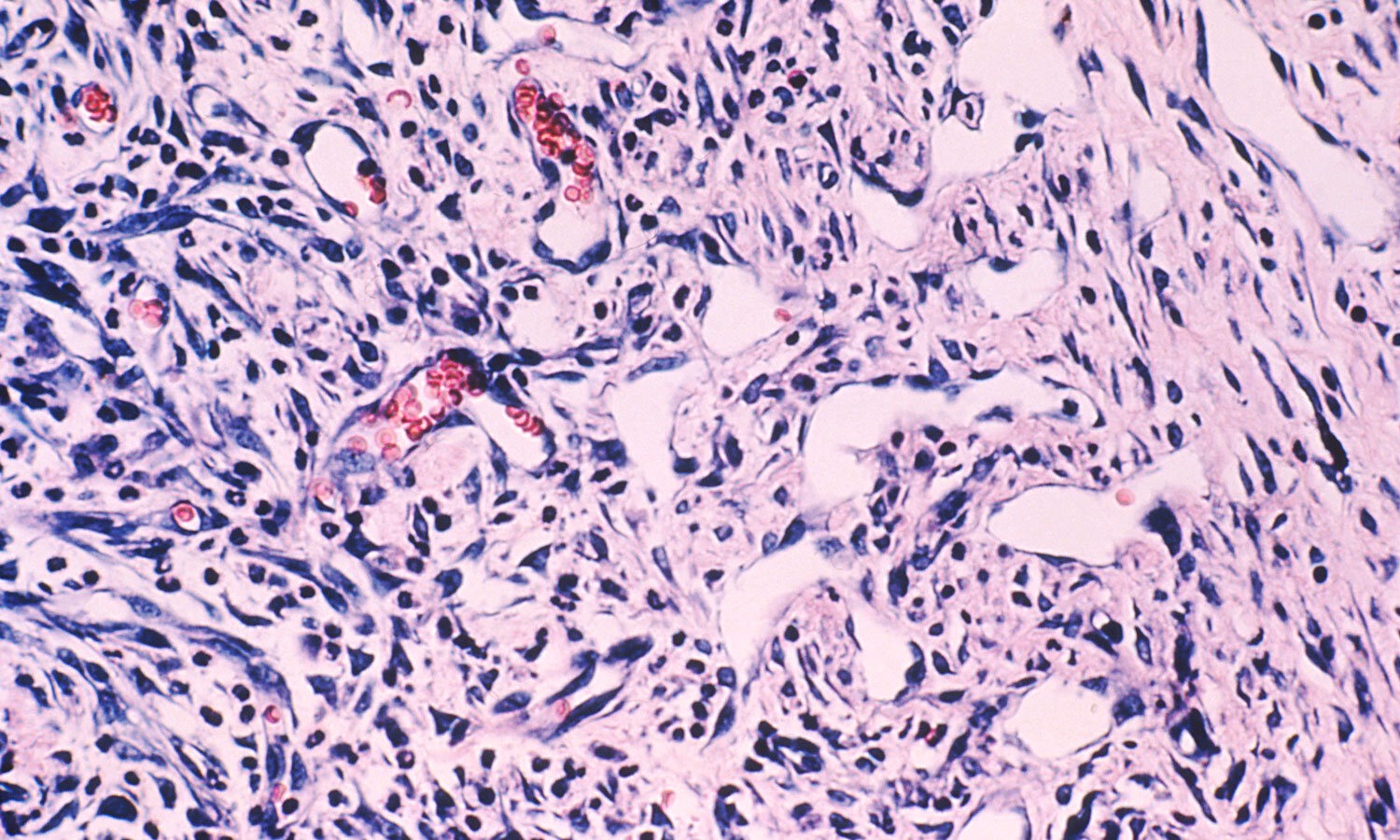 Kaposi’s Sarcoma is a type of cancer that’s caused by a type of herpes (Kaposi’s sarcoma-associated herpesvirus, or KSHV). True to its herpes lineage, the disease can linger symptomless in its host, sometimes for years, waiting for the right opportunity to erupt.

When it does, it manifests in unmistakeable lesions on the chest, arms, and face. These angry red and purple spots aren’t particularly painful, but they sure don’t look it. They can also occur in the mouth and lymph nodes. If they reach the lungs or other internal organs, the lesions can be deadly.

Kaposi’s sarcoma was an obscure disease in North America until HIV/AIDS hit. Then it frequently appeared as one of the opportunistic diseases that bum-rush the disease-weakened immune system. As AIDS treatment has improved, Kaposi’s sarcoma as once again declined. However, it is a considerable health concern in southern Africa.

Harvard University has produced several important studies on the effects of cannabinoids on KHV. One from 2007 showed THC increased proliferation of the virus; then another, from 2012, showed that CBD slowed proliferation and hastened cell death. As with most cannabis studies to date, this one acknowledged that the “molecular mechanisms by which CBD exerts its therapeutic effects are not fully under-stood.”

As all this work was done in cell samples in the lab—not on living mice, let alone human beings—so we can likely expect a long wait before we see these mysterious mechanisms fully exposed or receive any practical means of treatment.