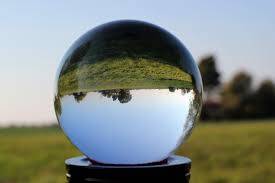 The end of one year and the beginning of another presents a good opportunity to look ahead at the long-term goals of the marijuana legalization movement. In the near term (next year or two), nationwide legalization or even decriminalization of marijuana is unthinkable. The current Congress and President Trump have not shown any inclination toward effecting that type of change. At some point though, sooner or later, the United States will legalize marijuana nationwide — not just move it to Schedule 2 or 3 of the Controlled Substances Act, but fully deschedule it. It’s not too early to think about what nationwide legalization would look like and how it would affect cannabis businesses that are open today.

There are three main routes that legalization could take. First, there is total unregulated legalization — treat marijuana like apples. That option is so unrealistic that it’s not worth discussing. Next, there is the alcohol model, with a mixture of federal and state regulations. Products can be distributed and sold across state lines, and states can regulate however they choose, but they can’t show preference to local actors. Finally, we could build on the current cannabis legalization model. Every state creates its own market with its own licensing system and regulatory scheme. Product cannot move across state lines, and many states limit or ban ownership stakes in marijuana businesses by out of state individuals.

If the U.S. ultimately takes the last route, continuing the current trend, market change would be gradual. Banking would certainly be easier, and marijuana businesses wouldn’t pay as much in taxes. States would likely ease some of their regulations that they have in place solely because of the Cole Memo. But on the whole, the state markets would continue on much the same trend as today. Note that very few commodities cannot be transported interstate. Health insurance is one, but state insurance markets are more about individual states being able to regulate the types of policies that can be sold in the state. There isn’t a physical product that is being barred from crossing state lines.

Continuing with individual state cannabis markets doesn’t seem likely, either. If cannabis is legalized, it doesn’t make sense that Congress would bar states from opening their doors to out of state product. They don’t do that with any other similar products. The Dormant Commerce Clause would also present a major legal challenge for a state that wanted to only allow in-state actors to sell products to its residents.

The most likely outcome, then, is the alcohol/tobacco model, with interstate commerce allowed, and a mixture of federal and state licenses and regulations. Though this transition will undoubtedly be an exciting moment for many, it will also be a scary time for the cultivators and processors across the country that are already doing business. Two different kinds of consolidation would start happening at the same time. First, there is corporate consolidation. In 2015, 90% of the beer sold in the United States was owned by 11 multinational corporations. Constellation, owner of Corona and other beer brands, has already made a large investment in a Canadian marijuana company. Big business will certainly look at marijuana. But the other type of consolidation that isn’t talked about as much is geographic consolidation. In a free interstate market, it doesn’t make a lot of sense to grow marijuana in Nevada, Massachusetts, Washington D.C., and a number of other states that have current licensed marijuana cultivators. In the same way that Virginia and North Carolina dominate in tobacco cultivation, California, Oregon, and a few other places will likely dominate marijuana cultivation. That could leave producers getting licensed in other locations in a tough spot, when federal legalization finally happens.