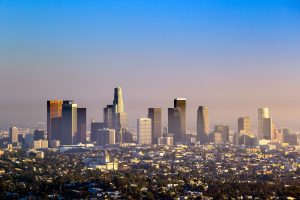 A medical marijuana dispensary and recreational retail store in Los Angeles have received temporary licenses from the city to sell cannabis.

The two facilities now need approval only from state regulators to begin sales.

California began handing out temporary licenses in mid-December in advance of  the Jan. 1 launch of  the state’snewly regulated cannabis market.

But Los Angeles was among the municipalities statewide that did not allow sales to begin on New Year’s Day.