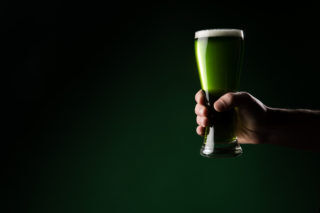 Given the origin of the holiday, we write to update you on the regulation of cannabis in Ireland. Historically, Ireland has had a conservative cannabis policy due to the nation’s heroin epidemic, among other factors. In 1977, the government enacted the Misuse of Drugs Act (the “Act”) making it unlawful to produce, possess, and supply controlled substances, including cannabis. That remains the law today.

Violations of the Act distinguish between personal use and possession for sale or supply. Possession of cannabis for personal use is punishable by a fine for the first or second conviction, and then punishable by up to one year in prison for the third or subsequent offenses. Penalties for possession to sell or supply controlled substances are imprisonment based on the conviction. There are larger penalties in place for drug trafficking.

Interestingly, the Act grants the Minister for Health the authority to issue licenses to manufacture, distribute, and sell controlled substances. In 2002 and 2003, GW Pharmaceuticals were granted a license to perform medical trials for Sativex, a cannabis extract spray common in European countries. There have been other instances where individuals were granted a license for personal use for medical issues.

In 2017, a bill was introduced that would legalize cannabis for medical conditions. The bill would allow cannabis to be prescribed by registered doctors and remove cannabis from the Act. The government allowed the bill to progress through the legislature despite it having some flaws. The bill is still pending approval from the committee, but there does not seem to have been much movement since November.

Although Ireland lags behind some of its neighboring European countries in regards to cannabis legalization, in recent years, the country has seen some welcome progress. As an international law firm with offices in nearby Spain, we are always keeping tabs on new cannabis markets that arise in around the world.