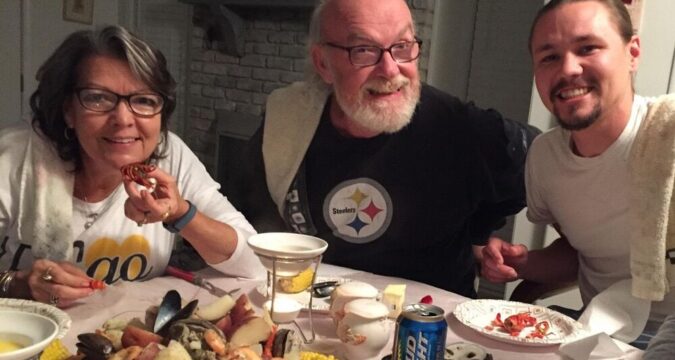 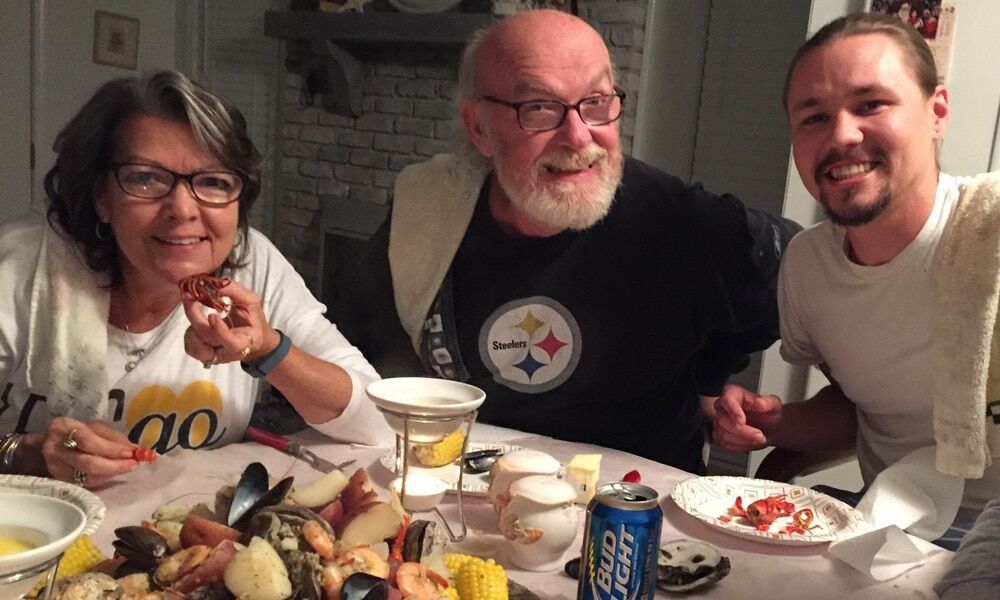 My name is T. Norton. I’m a 31-year old, 17-year career chef. Recently my stepfather has fallen ill with Alzheimer’s and Parkinson’s, and I have been able to work on some infused recipes, since he cant really handle cannabis in any other form.

I have been in kitchens over half of my life and have also been a regular user of medical marijuana and an advocate for its uses.

About a year ago when my stepfather was diagnosed with Alzheimer’s stage 3, the doctors immediately put him on numerous pills — some of which were even experimental. In a very short amount of time, the medication seemed to be doing more damage than good, and then came the diagnoses of Parkinson’s. With that second diagnoses came even more experimental pills.

There was a day when my step dad was feeling nauseous and had a headache for days in a row.  I made the suggestion to my mother that we should try some weed brownies.  After seeing how my stepdad was feeling, we were both ready to try anything.

I made an infused oil and a batch of brownies for him.  After eating a good dose, he was up and out of bed within two hours for the first time in days.  From there, I dove head first into the MMJ movement. I even flew out to California with a friend of mine for two months just to learn more about whats really happening in this industry.

After coming back to the East coast, I have been amazingly motivated to put all my culinary knowledge to more than just making food.  I want to make medicated food for people that need it.  The picture that I’m including is of me, my mother, and my Step-dad in the middle.  This picture was taken about two weeks before the diagnoses was presented to us.

Everyone loves Macaroni and Cheese. It’s one of those comfort foods that has the ability to warm your soul. It’s also a great vessel for infusing some cannabis and personalizing just the way you want it. The following is a recipe for a delicious baked macaroni and cheese infused with a coconut based cannabis oil. I have also included a very simple way of making a potent oil, which can then be used on any recipe you would like. This mac-and-cheese is delicious as is, but leaves you the freedom to add your own favorites to the mix like bacon, Jalapenos, caramelized onions – whatever your favorites are!

Place the coconut oil and the cannabis oil into the mason jar and secure the lid. Put the jar into the stock pot and fill with water up to the bottom of the lid on the jar. Turn on heat and let water come to a boil. Let the jar simmer in the water for two hours (one major benefit of this method is that you can set it and forget it. The cannabis and oil will be safe from over cooking in the jar.) CAREFULLY remove jar from the water. Once cooled enough to take the lid off, remove the lid and strain contents through the cheese cloth. Discard the cooked cannabis flowers and put the oil in a safe container (the mason jar is a great start).

Pre-heat oven to 375 degrees. Bring the water to a boil in the stock pot. Once water is at a rolling boil add the elbow macaroni. Stir and cook for 5 min, pour through strainer, put the cooked noodles into the casserole dish and set aside. Heat the cannabis oil in the sauce pan on low-medium, once the oil seems to loosen put the flour in. Use the rubber spatula to press the lumps out of the mixture until you have reached the consistency of wet sand. Then turn your burner up to med-high heat. (You just made a roux!) Slowly add the milk to your roux whisking constantly. Bring to a boil and cut the heat down to med-low. Continue whisking for 8-10 min. The sauce will begin to thicken. Once it is able to coat a clean spoon without running off the tip, begin to add 6 oz of cheese (Like 3/4 of the cheese), reserving the other 4 to top before baking. Turn off heat.

Once the cheese has melted pour the sauce over the macaroni and mix well. Sprinkle the rest of your cheese on the top and place in the oven for 20-25 min. or until the cheese on top is a golden brown and bubbling.

Remove from the oven and let cool for 10 min before eating. Serves 4-5 adults.