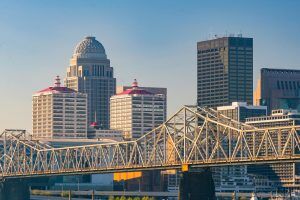 Kentucky checks all the boxes for nourishing a hemp revival.

So why do some agronomists fear that Kentucky has reached its hemp zenith?

It’s a matter of how big the hemp market is going to get.

“It’s kind of reached a peak,” said David Williams, a plant and soil scientist at the University of Kentucky, which owns several hemp plots and has done more research than any other U.S. university to study the crop’s revival.

“It seems that hemp production in Kentucky has about met demand from the processing infrastructure.”

Williams was even more negative last November when he addressed a national gathering of entomologists meeting in Denver.

Talking about hemp’s global market potential, Williams said, “it’s not even a grain of sand on the beach of agriculture.”

A tough analysis, for sure.

And though Kentucky authorized 12,800 acres for hemp last year, only about 3,200 acres of hemp were planted.

Can the growth continue? Kentucky hemp insiders aren’t sure.

“We’re at an inflection point, and we need to determine how hard we’re going to lean in,” said Chad Rosen, CEO of Victory Hemp Foods and president of the Kentucky Hemp Industries Association.

Here’s what you need to know about Kentucky’s hemp market.

Kentucky saw hemp’s promise as quickly as any state, seizing on the plant as a potential replacement for tobacco, once grown in abundance across the Bluegrass State.

“If there are two sweet spots in the world to grow hemp, it’s China and Kentucky,” said Brian Furnish, president of global production at Ananda Hemp, whose holdings include 600 acres in Cynthiana, Kentucky.

“We have the latitude. The climate. The soil type. Kentucky is made for it.”

The Kentuckians steered hemp into the 2014 Farm Bill and have remained fierce industry advocates even as critics in their own party bemoaned hemp as a gateway to marijuana.

Kentucky authorized hemp production in 2013, a year before the federal government did, and is thought to be the only state using Tobacco Master Settlement Agreement funds to support a hemp industry.

Kentucky has collected more than $2 billion from the tobacco settlement since it was struck in 1998. Half the money goes to the Governor’s Office of Agriculture Policy, which promotes crops including hemp.

Some hemp producers in Kentucky say their state’s embrace of the industry comes not in spite of its resistance to marijuana, but because of it.

“There’s no confusion here. We’re a hemp-first state. We don’t get clouded with marijuana,” said Michael Joseph French, president of AgTech Scientific, a Kentucky hemp company working on a new $5 million hemp-processing plant in the town of Paris.

Kentucky’s hemp growers are facing the same price pressure seen in other mature cannabis markets – the days of sky-high prices are over.

Though no formal commodity pricing exists in the hemp market, Kentucky growers surveyed by Marijuana Business Daily report that growers are getting:

Kentucky’s future as a hemp-market leader depends on whether the state continues to plow money into promoting the new crop, Rosen said.

“They say, ‘Settlers get the arrows,’ and that definitely happened here, getting hemp off the ground and making mistakes,” he added.

“We have a clear opportunity to maintain our dominance as a hemp state, but this is where fatigue sets in.”

Rosen’s company is closing on a deal to start processing hemp in Vermont, but he sees ongoing potential in Kentucky if the state keeps putting money toward the industry.

“We have incredible infrastructure available to the hemp industry,” Rosen said, “and there’s a low cost of doing business in Kentucky.

“Now is when we’ll see if Kentucky keeps going.”