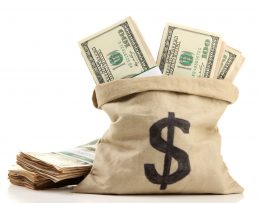 Medical marijuana companies around the world have raised $2.7 billion so far this year to capitalize on explosive growth in the industry, an almost 300% increase from the same time last year.

More than half that total, $1.6 billion, was raised in Canada via 189 transactions, the Financial Post reported.

The data was compiled by New York-based Viridian Capital Advisors through November.

In Canada, most of the capital raises have been done through private placements, but a growing number of businesses are starting to tap debt markets in a big way.