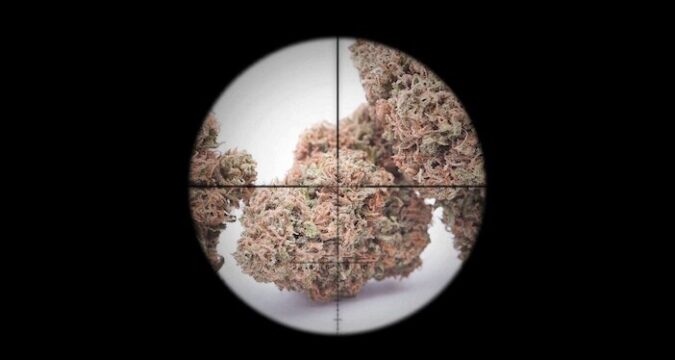 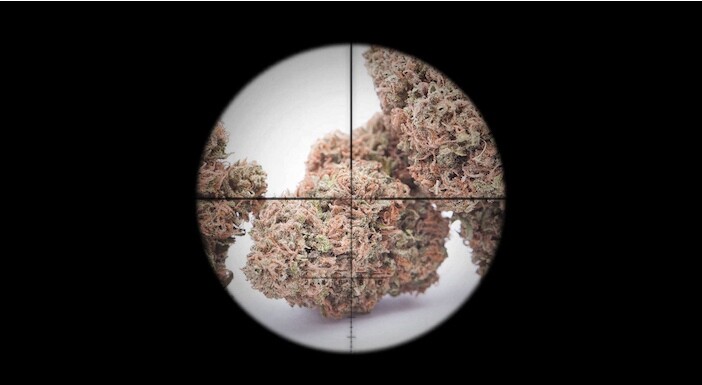 Whether its restrictions on their banking activities, ability to travel, medical care, or education, medical marijuana patients still have freedom to fight for in America — including their inability to legally own a gun.

Last week, the former head of the National Rifle Association (NRA) came out in defense of medical marijuana users in an opinion piece for The Washington Times, pleading with the federal government that “trading a constitutional right for pain relief is a choice no one should have to make.”

“Since gun purchasers must sign a form swearing they are not habitual drug users,” said David Keene, who is now an editor at large for the news outlet, “a holder of a marijuana prescription cannot both answer the question honestly and buy a firearm today from a gun dealer anywhere in the country.

This restriction on gun ownership can be traced back to the Bureau of Alcohol, Tobacco, Firearms, and Explosives (ATF), who classify those with medical marijuana recommendations as “admitted drug users” who are banned from buying, possessing, or utilizing a gun. Medical marijuana users who own guns live in a constant state of uncertainty as they grapple with state and federal law discrepancies.

In 2016, the 9th U.S. Circuit Court of Appeals, which governs many legalized marijuana states on the western side of the country, ruled that the federal laws restricting medical marijuana users from legally obtaining firearms do not conflict with the 2nd Amendment, meaning patients are not having their rights violated by the prohibition. The court’s reasoning behind the ruling was cannabis has been known to cause “irrational or unpredictable behavior.”

According to federal law, a “user and/or an addict of any controlled substance” is prohibited from obtaining a firearm, yet the law ignores countless people toting guns while addicted to opioid painkillers because they are shielded by verbiage, namely a “prescription,” rather than the “recommendation” doctors are limited to when a patient’s care calls for marijuana.

If you’re wondering where the federal government was able to establish a precedent as far as cannabis causing violent behavior, the 9th Circuit Court credits a 2014 case from the 4th Circuit Court in Virginia that suggests “a significant link between drug use, including marijuana use, and violence.”

Estimates place the number of doctor recommendation-holding medical marijuana users at roughly 2.3 million in legal states from Connecticut to California, though the numbers are fairly conservative considering the hit-or-miss registration and reporting from state to state — another reason we need federally-regulated cannabis. That’s at least 2 million Americans who are barred from taking advantage of their 2nd Amendment rights under the United States Constitution.

The book Drugs and Drug Policy: What Everyone Needs to Know, written by drug policy experts Mark Kleiman, Angela Hawken, and Jonathan Caulkins, outlines how mainstream drugs used by millions of Americans are actually far more harmful to the psyche of a gun owner than cannabis.

“There is a good deal of evidence showing an association between alcohol intoxication and pharmacologically induced violent crime,” the book explains.

Keene calls out the DEA in his op-ed, pointing out that cannabis has been grossly miscategorized on the Controlled Substances Act scheduling system for almost five decades, situated on the same top tier class as heroin, referred to as more dangerous than drugs like cocaine and fentanyl that cause countless overdoses.

State law enforcement officials are in a quandary as to which laws to enforce and as a result no one knows what to expect. In Oregon, a sheriff denied several concealed carry applications because he believed possession of a medical marijuana card was an admission of illegal drug use, while an Arizona gun owner who asked the Phoenix police if she had a problem because she has a medical marijuana prescription was told she was fine as long as she doesn’t run into a “federal” officer or get caught on federal land with both a gun and a prescription card.

While many gun owners who also utilize the medical benefits of cannabis are currently left confused as to which laws to abide by, this dilemma further highlights the need for the federal government to get on the same page as the states, especially when there is such a vast gap in policy.