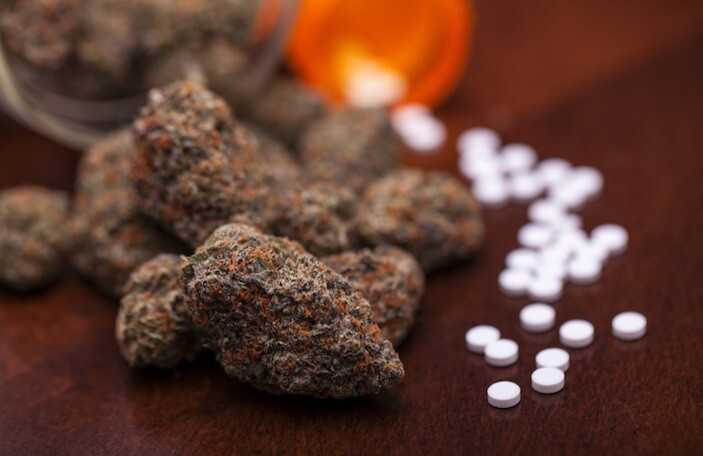 U.S. Rep. Matt Gaetz, a Republican member of the Florida legislature, spoke with Fox News Tuesday night about his bill targeting the reclassification of marijuana within the Controlled Substance Act (CSA).

House Bill 2020 (H.R. 2020), introduced on April 6, 2017, by Congressman Gaetz, seeks to reschedule marijuana within the CSA as a  Schedule III narcotic – and would make marijuana analogous to Tylenol.

The Florida Congressman, an early and ardent supporter of medical marijuana in the Sunshine State, was asked by Lisa “Kennedy” about his ongoing effort to reclassify marijuana at the federal level – and expanding medical marijuana research.

After noting that he was excited to “come on and talk about guns and weed,” Gaetz told Kennedy his proposed legislation would dramatically increase research and would prohibit the federal government from blocking future cannabis studies.

.@RepMattGaetz on bill to expand medical marijuana research: “Is the role of government to always be responsible to heal you or should government get out of the way so that we can unlock the great human potential and the great scientific potential and live better lives?” pic.twitter.com/pij0KJI8r5

“Our marijuana legislation would ensure that we’ve got greater access to research and that the federal government doesn’t stand between people [doctors]and their patients.”

Gaetz’s bill, otherwise referred to as, “To provide for the rescheduling of marijuana into schedule III of the Controlled Substances Act,” would prohibit the federal government from standing in the way of scientific research and encourages the potential discovery of new cures.

“My legislation would require more research-grade marijuana to be produced; it would allow veterans, in particular, more access to federally approved research trials, and would absolutely create a safe harbor for some of our universities who want to do marijuana research but are afraid some of their other research grants would be in jeopardy,” Gaetz said.

Caught between political ideology and consequential research, HR 2020 was introduced by in the House last April and has since been referred to several subcommittees – where the bill currently remains stuck.

While HR 2020 awaits decisive action from the Subcommittee on Health, the Florida Republican representing the 1st Congressional District is pushing forward. Rep. Matt Gaetz has targeted the VA’s restrictive consulting policy as a cosponsor of H.R. 4825, the “Marijuana Effective Drug Studies Act of 2018” or the “MEDS Act.”