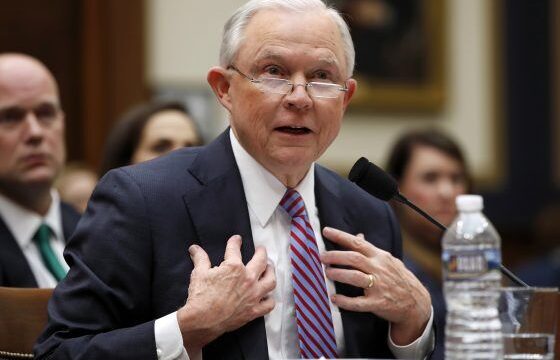 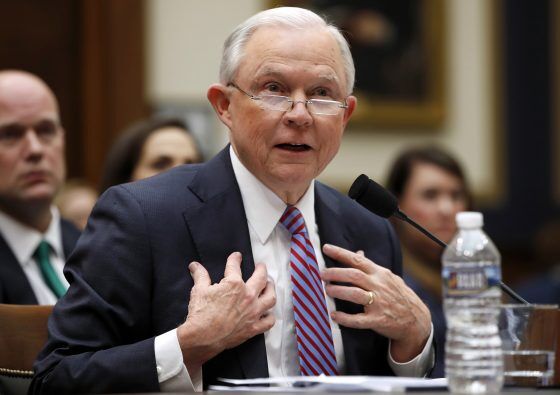 In response to news that U.S. Attorney General Jeff Sessions’ is ending an Obama-era policy that allowed for marijuana legalization to spread in U.S. states, several policy and industry organizations spoke out, with concern and caution, and one in support of Sessions’ action.

The National Organization for the Reform of Marijuana Laws (NORML)’s Executive Director Erik Altieri said in a statement:

“By rescinding the Cole Memo, Jeff Sessions is acting on his warped desire to return America to the failed beliefs of the ‘Just Say No’ and Reefer Madness eras. This action flies in the face of sensible public policy and broad public opinion. The American people overwhelmingly support the legalization of marijuana and oppose federal intervention in state marijuana laws by an even wider margin. This move by the Attorney General will prove not just to be a disaster from a policy perspective, but from a political one. The American people will not just sit idly by while he upends all the progress that has been made in dialing back the mass incarceration fueled by marijuana arrests and destabilizes an industry that is now responsible for over 150,000 jobs. Ending our disgraceful war on marijuana is the will of the people and the Trump Administration can expect severe backlash for opposing it”.

“This news from the Department of Justice is disturbing, especially in light of the fact that 73% of voters oppose federal interference with state cannabis laws. But, the rescinding of this memo does not necessarily mean that any major change in enforcement policy is on the horizon. This has been, and still will be, a matter of prosecutorial discretion. We therefore hope that Department of Justice officials, including U.S. Attorneys, will continue to uphold President Trump’s campaign promise to not interfere with state cannabis programs, which have been overwhelmingly successful in undercutting the criminal market.

“In addition to safely regulating the production and sale of cannabis, state-based cannabis programs have created tens of thousands of jobs and generated more than a billion dollars in state and local tax revenue to date. Any significant change in federal enforcement policy will result in higher unemployment and will take funds away from education and other beneficial programs. Those revenues will instead go back to drug cartels and other criminal actors.”

“This extremely misguided action will enable a federal crackdown on states’ rights with regard to marijuana policy. Attorney General Sessions has decided to use the power of the federal government to attack the ability of states to decide their own laws. A majority of Americans support legalization, and Sessions has simply decided to ignore their views. In the states where marijuana is legal, voters approved those legalization policies at the ballot box. This is a direct attack on the will of the people.

“This decision may very well lead to federal agents raiding licensed, regulated, and tax-paying businesses — these businesses are employing thousands of Americans and generating hundreds of millions of dollars in tax revenue for public services including substance abuse treatment programs and new school construction. MPP will be pushing Congress to pass legislation this year that establishes marijuana policy as a states’ rights issue and prevents federal interference.”

“While we are encouraged by the White House’s overall commitment to criminal justice reform, we are disappointed by the Attorney General’s decision to undermine the 10th Amendment, which gives states the right to enact and enforce their own laws. Many states are reforming their criminal justice systems for the better, and when it comes to marijuana laws, we agree with President Trump that it’s ‘up to the states.’

“At a time when our prisons are wildly overcrowded and taxpayers are forced to spend hundreds of billions of dollars each year to fund a failed War on Drugs, we believe it’s time for a new, smarter approach to drug policy that is sensible and truly makes our neighborhoods safe. Instead of prosecuting non-violent individuals for an act that has already been legalized in half a dozen states and decriminalized in several others, this administration should work with Congress to reform our outdated federal sentencing laws, which ruin lives, tear apart families and communities, and place a massive burden on hardworking taxpayers.”

The New Federalism Fund, an organization “interested in state-first regulation of state-based commerce and creating a common sense regulatory system for those who are in or serve the state-based cannabis industry” said in their statement:

“The state regulated and legal cannabis industry has created tens of thousands of jobs, more than a billion dollars in tax revenue, and has taken market share from foreign criminal enterprises. We have also seen statistically significant declines in opioid overdose deaths in the states that have decided to opt out of federal cannabis prohibition,” said Neal Levine, Chairman of the New Federalism Fund. “Going after the state legal and regulated cannabis industry would not only damage the economies and undermine public safety in the states that have opted out of federal cannabis prohibition, it would also export all of our legal cannabis jobs to Canada and other countries. That will not make America great again. It would be a tremendous mistake, and a violation of the core principles of Federalism, for the federal government to interfere with the states and shift all of those jobs and revenues back to drug cartels and other criminal actors.

“The Cole Memo has always been a statement of prioritization. The memo itself states quite clearly that it ‘does not alter in any way the Department’s authority to enforce federal law, including federal laws related to marijuana, regardless of state law.’ Although Attorney General Session’s Justice Department has decided to rescind the Cole memo, it remains to be seen whether the actions of the Department will change in any significant way. Our hope is that the Administration will continue to follow the principles of Federalism and the sentiment of President Donald Trump, who said in 2016 that marijuana policy ‘should be up to the states, absolutely.’ Attorney General Sessions and the DOJ should allow the states to continue to be the laboratories of democracy and lead on the cannabis issue. And it is time for Congress to get off the policy sidelines and enact changes to the Controlled Substances Act so that states have the unfettered leeway to fully implement their marijuana regulatory efforts. Regulation works better than prohibition.”

Human Rights Watch, an NGO dedicated to human rights issues expressed their concern with a statement from U.S. Program director Jasmine Tyler: “As California joins the growing number of states moving to tax and regulate marijuana, Attorney General Jeff Sessions continues to show just how out of touch he is with scientists and taxpayers by deciding today to instead let federal prosecutors where pot is legal decide how aggressively to enforce federal marijuana law. This will no doubt spike arrests and fuel mass incarceration, largely for people of color, but this Administration has been clear from their campaign promises of harsh policies that trample rights that this day would eventually come to pass. The war on drugs, whether it went away or just slowed down, is now back.”

Anti-legalization group Smart Approaches to Marijuana (SAM) released a statement from their director, Kevin A. Sabet, who said, “This is a good day for public health. The days of safe harbor for multi-million dollar pot investments are over. DOJ’s move will slow down the rise of Big Marijuana and stop the massive infusion of money going to fund pot candies, cookies, ice creams, and other kid-friendly pot edibles. Investor, banker, funder beware.”

Former Congressman Patrick J. Kennedy, a SAM Honorary Advisor stated, “The Cole Memo had been waved around by money-hungry pot executives for years, searching for legitimacy among investors and banks. It’s time we put public health over profits. This is a sensible move that now must be followed up with action so we can avoid a repeat of the nightmare of Big Tobacco.”