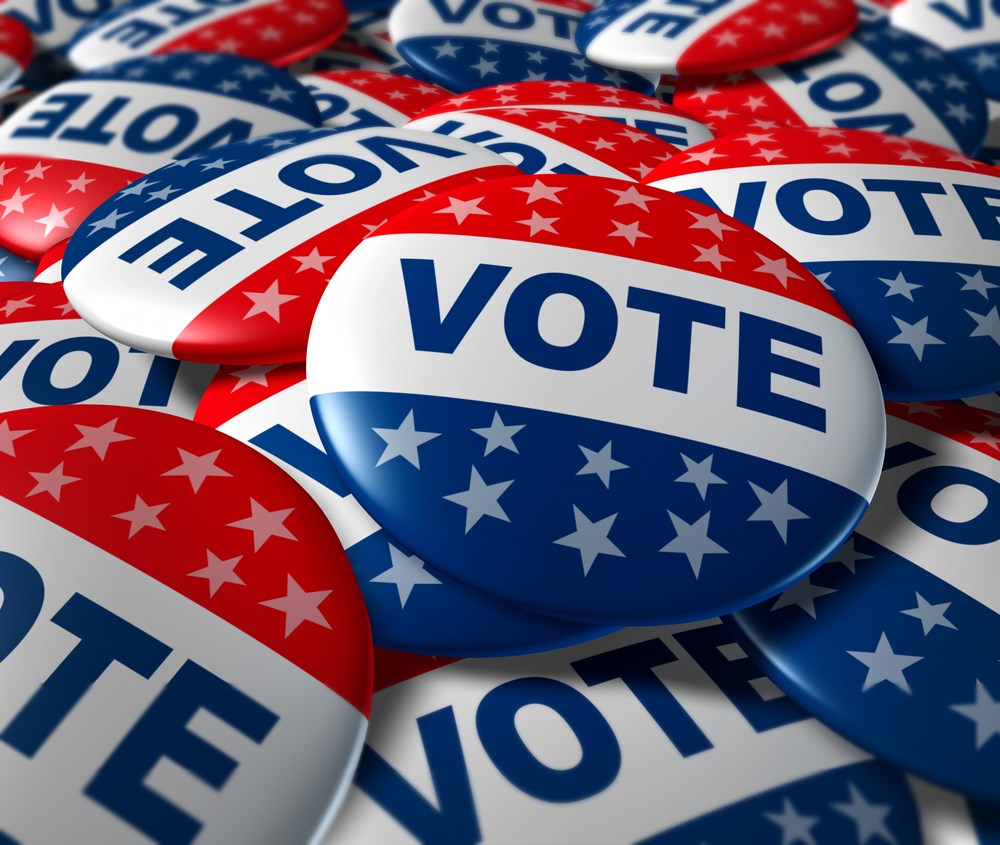 It is once again election night in America. While 2017 doesn’t feature any statewide marijuana initiatives, there are still a number of races to watch tonight that will impact marijuana law reform efforts across the nation.

Lt. Governor Ralph Northam (D): Democratic candidate, and current Lt. Governor of Virginia, Ralph Northam has been outspoken in his support for ending criminal penalties for marijuana. Earlier this year, Northam published a letter calling for decriminalization and an expanded medical marijuana program.

Northam wrote: “We need to change sentencing laws that disproportionately hurt people of color. One of the best ways to do this is to decriminalize marijuana. African Americans are 2.8 times more likely to be arrested for marijuana possession in Virginia. The Commonwealth spends more than $67 million on marijuana enforcement?—?money that could be better spent on rehabilitation.

As a doctor, I’m becoming increasingly convinced by the data showing potential health benefits of marijuana, such as pain relief, drug-resistant epilepsy, and treatment for PTSD. By decriminalizing it, our researchers can better study the plant so doctors can more effectively prescribe drugs made from it.”

Ed Gillespie (R): Republican candidate, and former Republican National Committee Chair, Ed Gillespie has stated he does not support the legalization or outright decriminalization of marijuana believing it “sends the wrong signal” to children.

Gillespie does support a very limited change to Virginia’s marijuana laws, that would move possession to a three strike system – dropping the possibility of jail time for an individual’s first two marijuana possession arrests, but retaining it for the third.

Phil Murphy (D): Democratic candidate Phil Murphy has made marijuana legalization a priority issue in his campaign. In addition to publicly campaigning in support of ending marijuana prohibition in the state, in his primary election victory speech Murphy said he wants a bill that would legalize and regulate marijuana in the Garden State on his desk within the first 100 days of taking office.

“The criminalization of marijuana has only served to clog our courts and cloud people’s futures, so we will legalize marijuana,” Phil Murphy said the night he won the Democratic primary. “And while there are financial benefits, this is overwhelmingly about doing what is right and just.”

“I have personal experience about what exactly happens to somebody who drives while they’re high, which is why I would oppose legalization of marijuana,” Guadagno said during a debate during the Republican primary.

During the general election, she further stated her opposition, saying she believed legalization would “put a whole generation of children at risk.”

Despite her opposition to legalization, Guadagno has stated she would support decriminalization of possession and limited expansion of the state’s existing medical marijuana program.

Residents of Athens, Ohio will have the ability to vote on the “Athens Cannabis Ordinance” which would significantly reform many of the penalties around marijuana possession and cultivation in the city. The ordinance would drop the fine for the following offenses to $0, effectively removing any criminal or civil punishment:

Atlanta Mayor (Note: If none of the candidates in tonight’s election receive more than 50% of the vote, there will be a run-off election this winter between the top two vote getters. Atlanta’s mayoral race is also non-partisan.)

During the debate surrounding the now approved decriminalization bill in Atlanta, news outlet the AtlantaLoop got a majority of the mayoral candidates on record in regards to their views on marijuana penalties. The incoming mayor will oversee the implementation of this ordinance so it is important to have a supportive incoming mayor in power in 2018.

Peter Aman, former Atlanta COO: “I support the deprioritization of marijuana enforcement and will work with the courts and the police department and community to examine a procedure focused on fines, rather than jail time. Criminal justice reform is not just a buzzword. It is a thoughtful approach to finding ways to ensure citizens do not carry a lifelong burden for instances that do not cause harm to the public. Equally important, deprioritization is a cost-saving measure on the courts and the public safety budget. It allows our officers to focus on crime fighting and keeping our communities safe.

Also, I firmly believe, and research shows, marijuana use has clear impacts on the brain development of children and young adults. In addition to, or in lieu of other penalties, I will ask the courts to examine requiring individuals below a certain age to attend an educational course on the cognitive impacts of marijuana and to help them make informed choices in how, when, and where they use such a substance – as we do in case of abuse of alcohol use.”

Fulton County Commission Chairman John Eaves: “It is high time that Atlanta City Council members and Mayor Kasim Reed stop talking, and start doing something on the issue of decriminalization of small amounts of marijuana. Generally, that means these offenses are treated like a minor traffic violation: no arrest, prison time, or criminal record for a first-time possession.

Unlike my opponents who have sat on their hands while our young people suffer, I have a track record of actually doing something about issues like this one. For example, as Fulton County Chairman, I pushed through the first-ever expungement program, to give people a second chance after arrests for minor offenses— including those never prosecuted. I also championed the successful Fulton County diversion program that has seen our jail population decrease and our recidivism rate drop dramatically.

As a long-standing criminal justice, youth diversion and expungement advocate, my main concern is that for small amounts of marijuana possession, a person can have a criminal record that follows them for the rest of their life. While we must be for law and order, we also must be fair. That means using best practices based on other local government experiences. For example, the Clarkston City Council, voted unanimously last year to reduce the fine from up to $1,000 to $75 for possessing less than an ounce, and eliminating the possibility of jail time. In the nation’s capital city of Washington, D.C., voters approved decriminalization for people over the age of 21.

For a city as diverse as Atlanta, a decriminalization ordinance in this direction makes sense.

As Atlanta’s next mayor, I will continue to make juvenile justice a top priority and will work to provide laws that are fair to everyone, no matter their zip code.”

Two, I am very concerned that there’s this confusion, quote-unquote confusion issue.  I’ve heard some city council members and some candidates for mayor talk about how people from the outside of the city would come in and think that they could smoke dope and there’d be no consequences.  That is a red herring.  Then there are some other people who have said, ‘Oh I’m not going to have quote-unquote blood on my hands,’ by virtue of the fact that they say, ‘Well there’s a kid who thinks he can smoke dope anywhere, any way he wants and he gets arrested because the officer has discretion … and they’ll resist arrest and thus you know blood’ll be on the hands of anyone who supports this.’ That’s just crazy, it’s absolutely crazy. It’s unfortunate that elected officials would engage in such mendacity, intentionally trying to create confusion on the issues.

… [I]f there are all these cities all over the country including in the South, that can decriminalize marijuana, if tiny Clarkston can do it, the city of Atlanta can do it. The fact of the matter is, the city council and the mayor have been in power, in place, as well as the Fulton County Commission has been in place for years and young African American males … have been pushed into the entryway for mass incarceration and they [officials] have done nothing. And now that they have the chance to do it, they’re abdicating their responsibility.”

Atlanta City Councilman Kwanza Hall: “It is a high priority for my administration to be able to roll out an effective and well-communicated marijuana declassification, so [people are not] not excessively penalized for possession of less than an ounce.”

Atlanta City Councilwoman Mary Norwood: “I want a dialog with the police department as to the impact of changing the city’s ordinance and what does to offenders and whether or not … the state law would then apply.  What we need is an understanding from the police department as to the steps that occur now and the steps that would occur for their police officers on the street with offenders with the changes.”

Atlanta City Council President Ceasar Mitchell: “When I was a child being raised in this city, the last thing my father wanted to do as a police officer was to destroy the lives of young people.

The time and effort spent apprehending and sending people to jail for this minor offense would be of better use to law enforcement in their pursuit of dangerous criminals. When police officers spend time on these offenses, jail cells end up filled with non-violent offenders, while repeat and violent offenders often go free.

Atlantans deserve to have a city that encourages kids to reach their potential, not one that embraces punishment for every misstep.

While usage rates are roughly the same across different races, statistics show that African-Americans are nearly four times more likely to be arrested for marijuana possession. For many Atlanta kids, it is a gateway to prison. We need to do everything we can to end a process that hurts our kids by serving as a fast track to incarceration”

NORML will be covering the results of these elections throughout the evening on our blog and social media channels. Stay tuned for results and reactions later tonight.