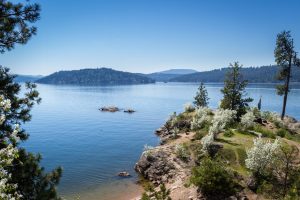 An Idaho business owner who tried to open a storefront selling dietary supplements has been stymied by local officials who say the CBD products he wanted to sell may be illegal in the state.

Michael Larsen applied for a business permit to open a retail store called Welcomed Science in Garden City, near Boise.

But the permit was denied because of confusion over cannabidiol, which the U.S. Drug Enforcement Administration has said is illegal.

The denial may conflict with a 2015 decision from Idaho’s attorney general, who said that CBD is legal in Idaho if it contains no THC. Idaho does not permit medical marijuana.

The city attorney who denied the Welcomed Science permit, Charles Wadams, said the community wants Larsen to provide a CBD sample for testing.

The city also wants Larsen to present an affidavit from an expert promising Larsen’s products are legal to sell in Idaho.

Wadams says the city “is obligated to verify that the CBD oil products in question are legal.”

Idaho lawmakers passed legislation in 2015 that would have allowed some epileptic children to use CBD oil. That bill was vetoed by Republican Gov. C.L. Otter.

Advocates have since promised to renew the CBD oil legalization fight during the 2018 session.