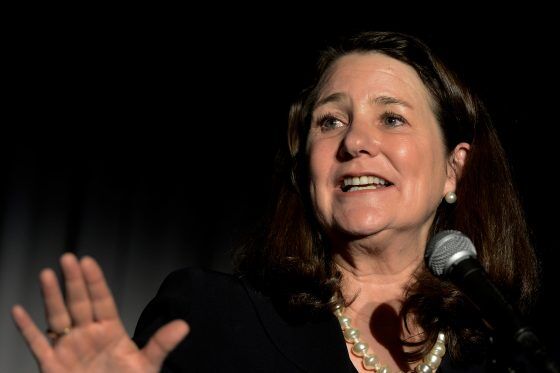 In the meeting, members advanced plans for federal marijuana protections and honed near- and long-term strategies to counter U.S. Attorney General Jeff Sessions’ rescission of the 2013 Cole Memo.

“(Sessions’ action) really takes direct aim at states like Colorado that have taken state action and are working responsibly to implement (marijuana legalization),” said Rep. Diana DeGette, D-Colo., the senior member of the delegation who convened the meeting.

First, they sent a letter.

Four Colorado representatives fired off a letter Tuesday to Sessions, urging him to reinstate the memo. Such a move, they argued, would ensure that the federal government “is not unduly interfering in state policy.”

Next, they planned for the immediate future.

Colorado congressional leaders are spearheading efforts to hitch a budget rider onto the spending bill that will be debated in the next week, DeGette said.

As previously reported by The Cannabist, the spending bill amendment is expected to mirror the McClintock-Polis Amendment provision that prevents Justice Department spending from interfering with state-legal marijuana regulations and businesses.

Then, they began thinking long-term.

DeGette said that members of the Colorado delegation were supportive of her Respect States’ and Citizens’ Rights Act of 2017, which was introduced in last May.

The bill, previously introduced by DeGette and Rep. Mike Coffman, R-Colo., in 2012, 2013 and 2015, would amend the Controlled Substances Act’s preemption clause by inserting the following exception:

“(b) SPECIAL RULE REGARDING STATE MARIHUANA LAWS.-In the case of any State law that pertains to marihuana, no provision of this title shall be construed as indicating an intent on the part of the Congress to occupy the field in which that provision operates, including criminal penalties, to the exclusion of State law on the same subject matter, nor shall any provision of this title be construed as preempting any such State law.”

This bill goes to the heart of the Trump administration’s efforts to reverse states’ rights, DeGette said.

“If we could pass that bill, that would directly counter what Sessions is trying to do,” she added.

DeGette said she’s building support in the Senate for a yet-to-be-drafted companion bill. Sessions’ actions as well as the Jan. 1 implementation of recreational marijuana sales in California have “sharpened the scrutiny” in Congress, she said..

“If we can build a bipartisan, bicameral coalition for my legislation, then I think we might really have a shot of getting it through,” she said.

Bookmark The Cannabist’s federal marijuana bill tracker for the latest on the cannabis bills before the 115th U.S. Congress.