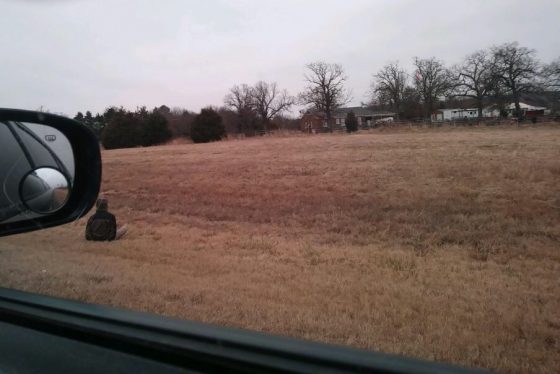 A Colorado cannabis activist arrested in Oklahoma on drug charges following a traffic stop claims a state trooper targeted the vehicle she was driving because it had Colorado license plates.

The vehicle Nelson was driving was pulled over by an Oklahoma State Patrol trooper for failing to use a turn signal, according to the court affidavit obtained by The Frontier. A search of the vehicle found several “rolled cigarettes with a green leafy substance” as well as two glass pipes, a peanut butter edible; a thermos filed with low-point beer; capsules filled with green oil and a backpack containing a digital scale and multiple baggies filled with a green leafy substance. A suitcase containing three large vacuum-sealed baggies of marijuana also was found in the car, The Frontier reported.

“This is just something that happens to people with Colorado plates,” she said. “We were absolutely targeted. It was a holiday weekend. There was a number of highway patrol in the area. We didn’t speed, we were minding all the traffic rules, but we were driving a rental car with Colorado plates on it.”

Nelson spoke to The Cannabis from Tulsa, where she is scheduled to speak at a Thursday event with Oklahomans for Equality in support of State Question 788, a medical marijuana measure set to appear on the state’s ballot in June. She is also scheduled to speak Saturday at the Cannabis Education Advocacy Symposium & Expo in Oklahoma City. Both speeches are part of Nelson’s 2018 Plant a Seed for Cannabis Education World Tour.

Nelson, Laufenberg and Browning have pleaded not guilty to the charges, Nelson said. She and Browning plan to speak about their arrest at the upcoming events in Oklahoma.

Possession with intent to distribute or sell is a felony drug crime in Oklahoma. A first offense carries a minimum of 2 years in prison to a maximum of life in prison.

Nelson’s lawyer Brecken Wagner did not respond to a phone call from The Cannabist.

“I’m concerned about it, I am well aware we face serious consequences, I am also very aware, again, I feel this was targeted,” Nelson said. “For that reason, I don’t believe any of the evidence should reach the court house. We are using this as an educational platform because we have a voice. Law enforcement is very important to that effort, too. Every officer we encountered needs to know more about the issue.”

Related: Does having license plates from a cannabis-friendly state make you a highway patrol target?