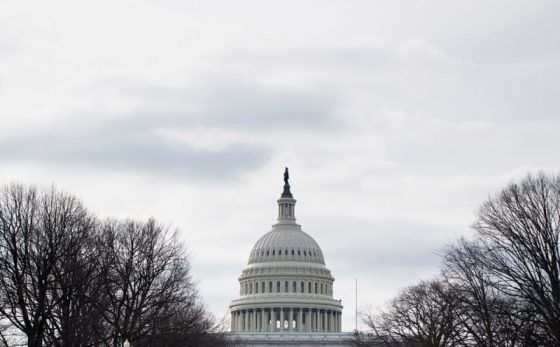 Legislative sources confirmed to The Cannabist that Colorado lawmakers, including Representatives Ed Perlmutter, Diana DeGette and Jared Polis, and Sen. Cory Gardner, held a call Friday afternoon to strategize on a push on marijuana-related measures — specifically crafting a spending bill provision to restrict the Justice Department from interfering with laws in Colorado and the 45 other states that have legalized cannabis in some form.

Perlmutter in an interview with The Cannabist confirmed he participated in the call and said, “there’s now urgency to start moving” on the slew of marijuana-centric bills that have been introduced in Congress but have thus far languished in committee.

“I think the Sessions memo yesterday lit a fire under a lot of people about these bills,” he said.

The clock is ticking on an immediate fix: hitching marijuana protection measures onto upcoming spending legislation being hashed out to avoid a government shutdown on Jan. 19.

“(Delegation members are trying) to work together to come up with something that can be heard promptly and try to reverse what Sessions did yesterday,” Perlmutter said.

The language of such a measure has yet to be developed — the Colorado lawmakers plan to reconvene on the issue next week, Perlmutter said.

Initial indications are that it could resemble the Rohrabacher-Blumenauer amendment.

That provision included in omnibus legislation since 2014 prohibits Justice Department spending to interfere with state laws authorizing medical marijuana use, distribution, possession and cultivation. This new provision, however, likely would extend to state laws authorizing recreational and medical use, sources told The Cannabist.

When reached late Friday, he said he’d been in contact with other members of the Colorado delegation, Republican and Democrat, who he said were “alarmed” by Sessions’ decision.

“For the past three years, I have tried to move forward an amendment to make sure that the Department of Justice cannot use resources to crack down on legalized recreational and medical marijuana,” Polis said in an emailed statement. “I am pleased that the idea behind my amendment is finally gaining bipartisan traction. I welcome it, and am hopeful that we can attach language to the government funding bill to protect legalized recreational and medical marijuana.”

The Colorado delegates also discussed a fuller-fledged strategy of drumming up support for existing cannabis-related legislation, Perlmutter said. That could include cobbling together bills into a stand-alone package.

“I think any one of the bills … if they were passed on their own, would certainly help the situation,” Perlmutter said. “Maybe we put them all together, attach them to a funding bill. We’ve got a funding bill very quickly … we’ll see if that’s a possibility.”

At the very least, Perlmutter said that members of Congress supportive of marijuana measures should “make so much noise and be so persistent that we start getting some doors open that have been closed until now.”

Perlmutter expressed optimism that his Secure and Fair Enforcement Banking Act, which would allow banks to serve state-legal marijuana-related businesses without fear of penalties from the federal government, could pass if it were to reach a full House of Representatives vote.

As for Rohrabacher-Blumenauer, that provision is embedded in current spending legislation — meaning that if another stopgap measure is approved, the medical marijuana provisions are extended.

Co-Sponsor Rep. Earl Blumenauer, D-Oregon, told The Cannabist that support has been building for not only maintaining his namesake amendment, but also for extending protections beyond medical marijuana to include recreational marijuana.

“What’s happened now is it takes on new urgency and more people are engaged,” he said.

“I’m still waiting for the emergence of a moderate group,” Kleiman said Friday. “Will this smoke the moderates out? Maybe. It seems unlikely.”

If anything, he noted, Sessions’ move could bolster the Millennial vote in upcoming elections, potentially creating a situation where some form of federal marijuana legalization could emerge as early as 2019.