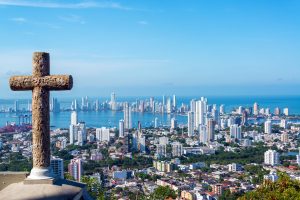 Colombia’s medical marijuana industry is continuing to develop rapidly, and industry experts predict the country’s producers will be ready to compete on the global stage by the end of this year.

As of Jan. 29, the Ministry of Justice had issued 33 licenses related to the cultivation of psychoactive and nonpsychoactive cannabis, according to the Bogotá-based business newspaper La República.

Of the 33 licenses, 14 are for the production of psychoactive cannabis.

The Colombian medical marijuana market is widely considered to be ripe for business, and Canadian companies are lining up plans to combine Colombia’s favorable climate with Toronto’s capital and technological expertise.

One of those companies is Toronto-headquartered PharmaCielo.

“I know that 2018 will be a bellwether year for PharmaCielo and the Colombian industry as a whole,” Patricio Stocker, president and CEO of PharmaCielo, told Marijuana Business Daily.

“Colombia’s natural assets as the global leader in medical cannabis production are being rapidly recognized, and we are receiving a steady stream of calls from the international market asking about production, supply and partnership.”

Since 2016, Colombian doctors have been allowed to prescribe high-THC extracts for any medical condition, but MMJ is expected to become widely available this year.

Colombia is the second-largest federally regulated medical market in the world – behind Germany – by population.

Medical marijuana can only be sold and exported in extract form.