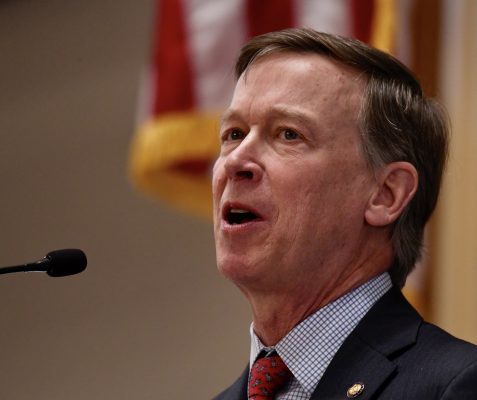 The desire to commute the sentences is a policy statement on marijuana from the Democrat’s administration as well as a reflection of the state’s overcrowded prisons. And it may prompt untold others to seek pardons for past marijuana-related crimes.

“Right now, we have not enough room left in our prisons. So if what these people are serving serious time for wasn’t violent — is no longer illegal — maybe we should be looking at (whether) it safe to release them,” he said in an interview with The Denver Post.

In November, Hickenlooper issued pardons to seven people convicted of marijuana possession who applied to have their past crimes forgiven. But now, the governor is taking a more proactive approach.

The administration identified about 40 inmates who are serving prison sentences only for marijuana crimes, whether possession or sale. Hickenlooper’s attorneys are currently examining the details of the cases as well as the inmates’ conduct in prison. If satisfied, the administration would invite the inmates to apply for clemency.