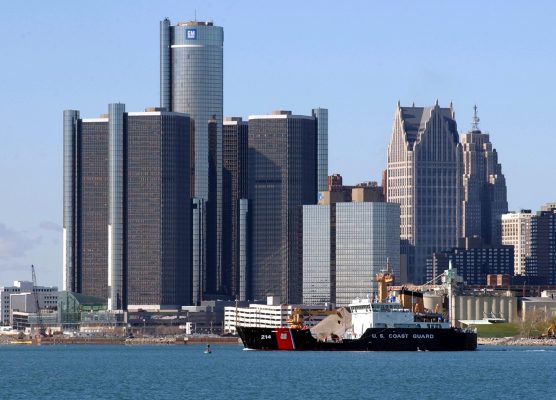 DETROIT — The City of Detroit said Friday it plans to file a lawsuit challenging two voter-approved marijuana initiatives that would have relaxed local control this year.

The move comes after Wayne County Circuit Court Chief Judge Robert Colombo Jr. dismissed two cases Friday that sought to overturn the initiatives. The initiatives, which were approved by 60 percent of voters last November, have been in limbo since then after a crop of lawsuits surfaced, challenging the measures.

After dismissing the complaints, Colombo decided to allow the city to move forward with its own legal action against Citizens for Sensible Cannabis Reform, which brought forth the two initiatives last year. City lawyer James Noseda told Colombo in court he would submit a complaint by the end of Friday.

Detroit Corporation Counsel Lawrence Garcia declined further comment. Detroit was initially named as a defendant in the two dismissed suits but will now become a plaintiff in the issue once it brings forth its planned complaint.

“The case has now shifted to where the city is the plaintiff and the Citizens for Sensible Cannabis reform are the defendants,” said Johnathan Barlow, spokesman for the group. “The ironic part about that now is the city is now taking the official position … of attempting to derail and deny the fact that the voters want something different. It’s the most bizarre thing I’ve ever seen in my life.”

Citizens for Sensible Cannabis Reform attorney Jason Canvasser said the pending suit will force the city to “put their face and name behind the fact they’re challenging the will of the people.”

Colombo ruled that the two initial cases — one brought forward by VK Real Estate Holdings III LLC, a company seeking a medical marijuana license to operate in the city, and the other by Detroit residents Marcus Cummings and Deborah Omokehinde — failed to establish standing or show “special injury.” But despite the dismissal, Colombo is giving both parties until next Friday to submit amended complaints.

According to the lawsuits, the parties, in part, alleged that the initiatives are contrary to Michigan law and completely ignore the legislative intent and language behind Michigan’s Home Rule Act and Michigan Zoning Enabling Act.

The plaintiffs argued that the ordinance tried to bypass requirements to conduct public hearings, collect input from the public and allow the Detroit City Council to have the ultimate vote on zoning ordinances.

“Allegations that the state might not approve their license is true of anyone who may apply for a license,” Colombo said. “There is no special interest. The first amended complaint of VK Real Estate Holdings III LLC … fails to allege a special injury … that is affected by the initiatives. … It fails to allege any statute that authorizes this lawsuit and consequently those plaintiffs have no standing to bring a declaratory action.”

“The fact that they are taxpayers and owners of real estate in Detroit does not establish any injury distinct to any other taxpayer or resident of Detroit,” Colombo said. “The first amended complaint fails to state a cause of action for standings.”

In addition, they establish a process for licensing dispensaries that bypasses the Detroit City Council and opts into the licensing regulations issued by the state.

Attorney Charles Murphy, who also represents Citizens for Sensible Cannabis Reform, said he believes the judge has “significant grounds to uphold both proposals under the law as it exists today.”

Prior to the voter approved initiatives, the city already had an ordinance regulating dispensaries in place. Councilman James Tate originally introduced the ordinance in 2015 and it went into effect March 1, 2016.

The effort to amend the ordinance began a year later.

Councilman James Tate, who drafted the resolution with the city’s law department, said in a Feb. 8 memo obtained by the Free Press that he’s also working to develop new ordinances that would “regulate both licensing and zoning for medical marijuana facilities and medical marijuana caregiver centers.”

“This is a cautionary tale for those who want to seek ballot initiatives with illegal language in them or language that is afoul of proven case law,” Tate said before the council Tuesday. “This is what has created this situation … (Not) working with the city to try and find some common ground. This is a perfect example of things that can go wrong.”

But attorney Jason Canvasser disagreed with the city’s effort decision to put a moratorium in place.

“I think they’re putting the cart before the horse at this point,” Canvasser said about the moratorium. “It’s just another attempt to subvert the will of the people.”