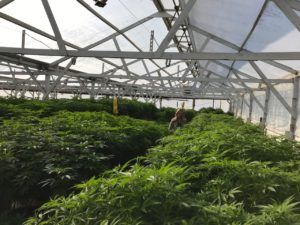 WASHINGTON, D.C. — The Society for Human Resource Management (SHRM) holds a panel on state and national drug law each year at its employment law and legislative conference, but this year, shifts in state law — and deep tragedy — have brought the issue to the forefront.

James Reidy, attorney at Sheehan Phinney Bass & Green PA, jokingly said he’s become known as the “pot lawyer” partly thanks to the wave of marijuana laws and court precedent that has forced employers to reconsider their drug and alcohol policies and testing procedures. At the same time, the opioid crisis continues to rout communities and is draining employers of talent and productivity dollars, prompting many into action.

What’s an employer to do? That’s the question of the day.

Federal action isn’t clarifying matters much. Earlier this year, U.S. Attorney General Jeff Sessions rolled back the 2013 Obama-era Cole memo that essentially relaxed federal enforcement of marijuana law on states that had legalized its use. So far, employers don’t have much detail on how this newly sparked conflict between state and federal law will look. [Read More @ HR Dive]