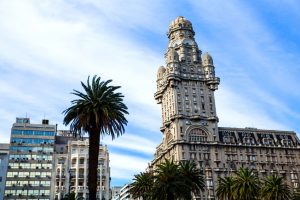 Vancouver, British Columbia-based Cannabis Wheaton announced Tuesday that it plans to spend up to $15 million to acquire 80% of Inverell shares.

While Canadian marijuana companies have expanded their international reach by purchasing businesses in countries such as the United States, Australia and Germany, the Inverell deal is the first venture into Latin America for Cannabis Wheaton, which plans to produce CBD products for export.

The transaction includes $2 million in cash, plus an additional $3.5 million worth of shares in Cannabis Wheaton, according to a news release.

Cannabis Wheaton will give Inverell an additional $9.5 million worth of stock once the Uruguayan company registers its cannabis genetics and successfully exports CBD.

Inverell holds a license in Uruguay – the first nation to legalize recreational marijuana – to grow three strains of hemp, plus a marijuana strain that contains about 0.5% THC.

The company is currently growing the strains on about 40 acres (16 hectares) and has an additional 1,420 acres (574 hectares) available for additional production.

Raul Urbina will stay on as CEO of Inverell.

Wheaton CEO Chuck Rifici said in the release that the Inverell acquisition gives his company “a diversified source of low-cost CBD production for our international distribution channels.”