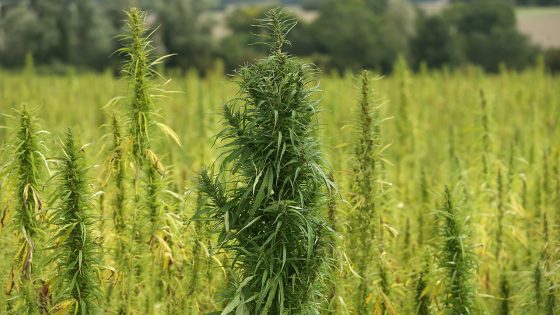 Cannabis data clearinghouse New Frontier Data has made a move to bring hemp into its fold with the acquisition of Denver-based Hemp Business Journal, the firms are expected to announce Wednesday.

Financial terms of the transaction between the privately held companies were not immediately disclosed. The deal was finalized late last week, and Hemp Business Journal’s operations are being integrated into the Denver offices of the Washington, D.C.-based New Frontier Data, officials said.

The combination carries little operational overlap, executives of the companies told The Cannabist.

“For (New Frontier Data) wanting to be the global nexus of unbiased cannabis reporting, the hemp portion of it was still not really fleshed out in the U.S. and certainly a lot was happening internationally,” said Giadha Aguirre de Carcer, New Frontier Data’s founder and chief executive officer. “And so we knew, since (first meeting Hemp Business Journal founder Sean Murphy in) 2015, that we needed to insert ourselves and figure out a way to cover it in a meaningful manner.”

Similar to what has been seen in the United States, countries across the globe often approach the adoption of cannabis-related measures by first allowing limited medical uses of cannabidiol, a cannabis compound that can be derived from hemp, she said. Hemp’s role and presence in developing nations also are of interest for New Frontier and the industry investors, businesses and analysts the firm serves with its data reports, she added.

“I think of cannabis as a spectrum, the whole plant, with industrial uses (on one end) like bioplastics, textiles … to adult-use, and the business journal, we’ve really reported on the data for the investors and the entrepreneurs on the industrial end of the CBD side,” Hemp Business Journal founder Murphy told The Cannabist. “And that was something that just really fit that spot on (New Frontier Data) model and all their reporting that wasn’t there, so it’s kinda like now New Frontier can cover the entire cannabis industry, where hemp is industrial and CBD where we go all the way through medical and adult-use.”

Concurrently, hemp has increasingly made headway into a variety of industries, such as automotive, food, biofuels and textiles, they said.

“There really is a massive expansion and understanding of how hemp can be applied beyond the CBD, pharmaceutical application,” Aguirre de Carcer said.

Combined, the companies will have 30 full-time equivalent employees, with plenty of room for growth, New Frontier Data officials said.

“We have been following a detailed five-year plan, so we acquired our Denver space (at 535 16th St.) a year ago with this spur of expansion in mind, and therefore have plenty of space to grow as needed; we are also on track to move the D.C. office before the summer for further expansion on the East Coast, and will finally also likely open an office abroad before year’s end,” officials said via email.

Hemp Business Journal was founded in 2014 and later backed by Canopy Boulder, a Boulder, Colo.-based startup accelerator that provides mentors and seed funding to early stage businesses in the cannabis industry.