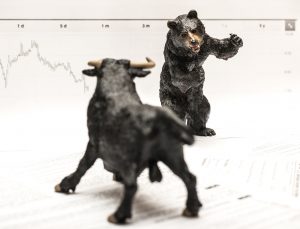 Canadian marijuana stocks initially tumbled Thursday but then pared their losses after U.S. Attorney General Jeff Sessions abandoned an Obama-era policy that permitted the cannabis industry to operate in states across America.

Analysts said the surprise decision could end up being a “net positive” for Canadian firms with no U.S. operations – and funnel more investment money into local cannabis businesses.

The Canadian Marijuana Index fell 6%, having recovered from an earlier selloff that led cannabis stocks to tumble more than 15% from Wednesday’s close.

Canadian cannabis stocks have been on a roll in the run-up to this summer’s planned legalization of adult-use cannabis.

A positive for Canadian MJ stocks?

Khurram Malik, a partner at Jacob Capital Management in Toronto, said any crackdown in U.S. states that have marijuana laws on the books could be a net positive for Canadian companies with no American operations.

“Capital could flow to Canadian marijuana companies even more,” he said.

“We have to recognize that this is a good thing for leading producers such as Aurora because it’s going to drive more investment and investors to leading Canadian companies, where their investments are safe in cannabis,” he said.

“It also cements the fact that we will not be bumping into U.S. competitors with access to public markets as we expand around the globe.”

Battley added that “misguided” federal policy in the United States will create uncertainty and possibly an uneven application of the law, as well as “prolong the social harms of prohibition.”

Malik said Thursday’s pullback in the stock market is a positive development.

“It’s good that stocks are pulling back,” he said, “because they were way too heated. They should be where they were a few months ago.”

“Everything has been on steroids since the Canopy-Constellation news.”

Chris Damas, editor of the Barrie, Ontario-based BCMI Cannabis Report, said stocks had risen sharply and were due for a pullback.

He noted that the Horizons Marijuana Life Sciences Index, which tracks Canadian and American cannabis stocks, is currently weighted 78% Canadian licensed producers and had risen over 50% in the previous six trading days until Wednesday.

“So, of course, some profit-taking was due,” he said. “The rise in the stocks was parabolic and usually that is not sustainable unless there is a specific event.”

Canadian companies with US exposure

Jonathan Sherman, a marijuana securities lawyer at Cassels Brock in Toronto, said the implications of Sessions’ move are still largely uncertain, but they should be “of significant concern to Canadian cannabis companies with U.S. operations.”

“In Canada, cannabis operators are likely protected from investor and shareholder lawsuits if adequate risk disclosure was provided in the company’s public disclosure,” he said.

Meanwhile, at least one Canadian company operating in the United States said it will continue following the tenets of the newly abandoned Obama policy known as the Cole Memo, which allowed states to permit legalized cannabis businesses.

“Sunniva remains committed to following the laws of the state of California as well as the tenets of the Cole memo, whether it is currently in effect or not,” Leith Pedersen, Sunniva’s president and co-founder, told Marijuana Business Daily.