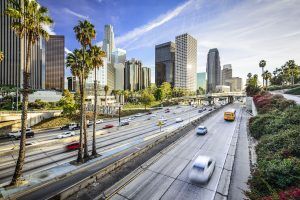 Less than two months after California’s legal cannabis industry launched on New Year’s Day, state officials are starting to target hundreds of marijuana companies that are operating illegally without a license.

The state’s Bureau of Cannabis Control has sent out about 500 cease-and-desist letters to companies that are doing business but haven’t begun the application process, an agency spokesman told Marijuana Business Daily.

“Just this past week we went from going to licensed operators to do compliance checks to now sending out cease-and-desist letters to the unlicensed operators that we’re finding advertised on different platforms,” said Alex Traverso, chief of communications for the bureau.

“That’s the first step. We’re getting those letters out, and we will follow up relatively soon on the next step, which is not yet available for me to relay.”

It’s unclear what types of businesses have been targeted.

Recipients of the cease-and-desist letters are most likely a mix of illegal businesses that have “no intention of getting a license” and companies that want to play by the rules but haven’t figured out all the red tape, Traverso said.

California has a lengthy history of quasi-legal dispensaries that operate in a gray area, which could account for many of the letter recipients.

It’s also possible some operators are running their businesses illegally because they haven’t received permission from their local authorities to open. Such approval is a key threshold in obtaining a state business permit.

The letters, which started going out on Valentine’s Day, do not give the businesses ultimatums or specific timelines but encourage them to begin the licensing process.

“We’re going to give (the letter recipients) a little time to right the ship and hopefully come and seek out their license,” Traverso said.

The letters do include a stern warning:

“Such violations may result in criminal and administrative penalties, as well as civil penalties totaling up to three times the amount of the license fee for each violation.”

California license fees range from $500 to $125,000, depending on the size and type of business, according to emergency regulations the bureau issued in November.

It’s not clear if the department of Food and Agriculture has sent any cease-and-desist letters, but the Department of Public Health has not.

Steve Lyle, the Department of Food and Agriculture’s director of public affairs, wrote in an email to MJBizDaily that his agency’s “focus is on licensing.”

However, he said, if the agency “becomes aware of an illegal grow, it will inform local agencies for potential law enforcement follow-up.”

Lyle also noted that CDFA has a tip line for complaints regarding illegal cannabis companies.

So far, less than 1% of California’s enormous population of marijuana farmers have obtained licenses, according to a recent report from the California Growers Association.

A Department of Public Health spokeswoman wrote in an emailed statement that the agency “has begun conducting enforcement activities, including site visits.”

Meanwhile, the Bureau of Cannabis Control’s letters are just the beginning, according to Traverso.

More cease-and-desist letters will be issued on a rolling basis as the bureau identifies more companies that may be operating without permits, he said, and enforcement actions will ramp up as his department beefs up on staff.

Traverso said many of the bureau’s letters went to companies that have advertised on digital platforms such as Weedmaps because agency staff are cross-referencing ads on the site with their license database.

“There are certainly those online sites – like the Weedmaps of the world – that are advertising unlicensed retail locations and giving them something that looks like a license number, but it’s not a state license number; it’s something that they generate,” Traverso said.

“We’ve been going and looking at those folks that are listed there and double-checking in our system to see if they have a license, and if they don’t, they’re getting a letter.”

“Through that system, we’ve received over 300 complaints,” he said, “and I’d say the majority are probably about unlicensed activity.

“We’re taking all these complaints any way we can, and we’re following up on all of them.”

Traverso said the timeline and next steps for enforcement against unlicensed businesses are both up in the air.

However, he added, state lawmakers have made it clear to the bureau “they want to see enforcement.”

“They don’t want the licensed folks to be adversely affected by the illegal market,” Traverso said.