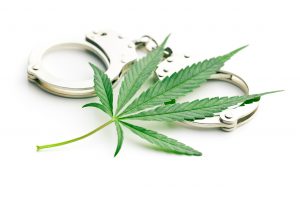 A marijuana business in Anchorage had a large amount of freshly packaged cannabis stolen, police said, highlighting the ongoing danger robberies can present for plant-touching companies.

The owner of Danish Gardens – a licensed grower, product manufacturer and retailer – arrived at his store to find the glass employee entrance smashed in, with a small amount of blood left behind, KTVA-TV reported.

The burglars got away with about $150,000 worth of ready-to-buy marijuana.

Business owner Dane Wyrick said video shows the suspects going straight to the product without looking at anything else.

Wrick said he is concerned that online plans for his business played a factor in the burglary. The plans show his building’s room inventories and camera placements. They also list his home address.

He said he asked industry regulators to take the plans offline.

“We feel that’s extremely wrong — that the State of Alaska and the Municipality of Anchorage, no matter what regulations they’re working under, are jeopardizing our personal safeties and business,” Wyrick said.

Danish Gardens and other Alaska marijuana businesses have raised the online-documents issue through their attorneys, but have been “stonewalled” in response, Wyrick said.

Wyrick said a $10,000 reward is being offered for information leading to arrests.