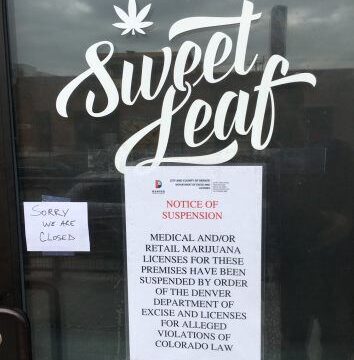 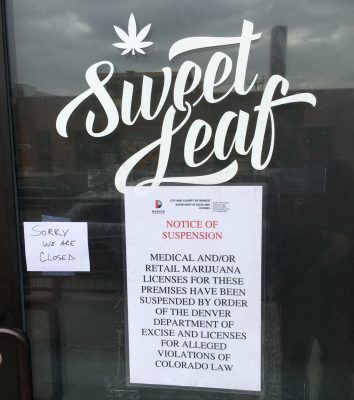 Thirteen employees of Denver-based Sweet Leaf were arrested last month in raids that resulted from a yearlong Denver Police Department investigation into alleged illegal marijuana sales at the dispensary chain. The Denver District Attorney’s Office, in charges filed against 10 employees, alleges that each of the accused sold “unlawful amounts of marijuana” to individual customers multiple times in a single day as part of a practice commonly known as “looping.”

The Colorado Constitution allows for adults to possess 1 ounce or fewer of marijuana in additions to actions such as transferring of 1 ounce or under to another adult as well as “assisting” another adult, Corry wrote. Those and other personal rights included in legalization Amendment 64 “specifically immunizes” actions taken by marijuana establishments, he added.

“Accordingly, it is not Colorado law that a given adult, in all circumstances, can never legally possess more than 1 ounce,” he wrote. “There are hundreds of reasons why an adult would be legally permitted to possess more than 1 ounce at a given time. But at any rate, nothing in the law imposes any duty — other than checking birthdate on identification — on an employee of a licensed marijuana seller to ‘babysit’ adult customers nor to essentially perform law enforcement functions of ensuring the customers comply with all laws.”

The calls for immunity are supported by state statutes, Corry claimed.

When the new regulations took effect Jan. 1, 2018 — which included an expanded definition of “single transaction,” imposing daily limits — they did not apply to the Sweet Leaf case, Corry said.

Furthermore, the four defendants were harmed by the Denver District Attorney’s Office when it released information to the press, including “unflattering mug shots” and dates of birth, he said..

Officials for the Denver District Attorney’s Office declined to comment on the case, which remains ongoing.

As of Thursday morning, Denver DA officials had no new information on the ongoing case, including the status of potential charges against the other three budtenders arrested.