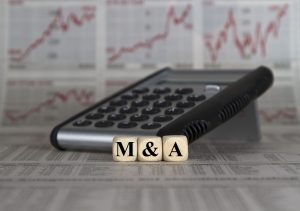 Mergers and acquisitions in Canada’s marijuana sector are showing no signs of letting up.

The latest deal brings together one of the largest and lowest-cost medical marijuana producers in Canada and a company with an extensive international footprint.

Aphria said Monday it has agreed to acquire Nuuvera, a global cannabis company headquartered in Toronto, in a stock-and-cash deal valued at 826 million Canadian dollars ($669 million) to create an international powerhouse with operations in 10 countries.

The acquisition also underscores the wave of consolidation in Canada’s cannabis sector.

It’s the third major deal in two weeks, coming on the heels of:

Under the deal, Leamington, Ontario-based Aphria will acquire Nuuvera’s shares for CA$8.50 per share. Nuuvera shareholders will also receive CA$1 in cash plus 0.3546 of an Aphria share for each Nuuvera share held.

“The acquisition opens the door to key international markets,” CEO Vic Neufeld said in a conference call with analysts. “This positions us to grow internationally and realize the potential in these emerging (medical) cannabis markets.

“With our strengths, our companies will dominate.”

Nuuvera’s international reach builds on Aphria’s existing agreements in Australia to create a global leader in the international medical marijuana market, according to analysts and two companies’ executives.

During the conference call, Neufeld and Lorne Abony, CEO of Nuuvera, talked at length about the market potential in Italy.

“Italy is forecasted to be a CA$9 billion market, which is larger than Canada’s medical and recreational markets combined,” said Abony in the call. “We effectively now have a limitless supply of cannabis that can be brought into Italy to help grow that market.”

Last week Nuuvera acquired one of only seven companies in Italy with a license to import medical cannabis.

The merger builds on a long-standing relationship between Nuuvera and Aphria.

The companies already had 77,000 kilograms of cannabis offtake under contract – which Neufeld described as “the supply chain necessary to feed the engine called Nuuvera globally” – and the companies are partnering to build a 1 million-square-foot greenhouse in the Ontario town of Leamington.

“Stay tuned. There are other countries closer to our home front that are providing major opportunities of using oils — harvested and extracted in Leamington, Ontario — for markets where the margins are really exciting,” Neufeld said.

“In one year, we hope to have 20 countries under license with some sort of commercial transaction. That is the vision.”

Aurora and Aphria are traded on the Toronto Stock Exchange under the symbols ACB and APH, respectively.