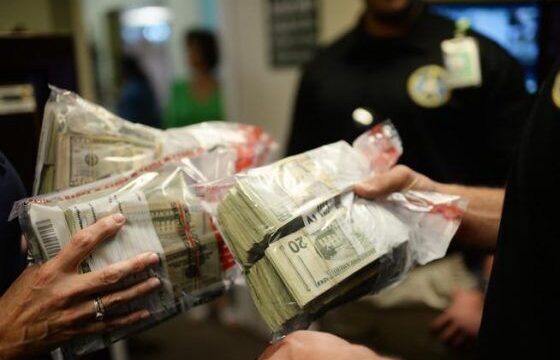 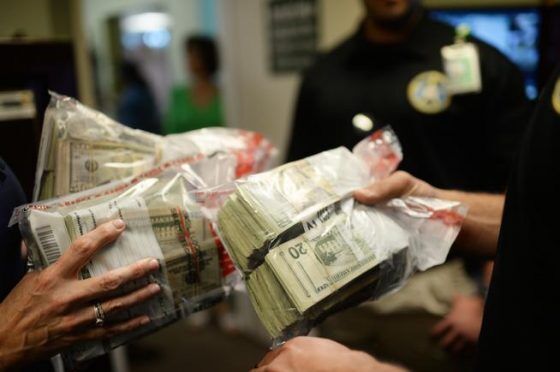 Most banks refuse to open accounts for cannabis-related businesses even in states where pot is legal, citing federal laws that outlaw the drug and consider it on par with cocaine and heroin.

In Maryland, however, at least one community bank is working with the state’s newly launched medical marijuana industry, offering growers and stores a way to avoid the security concerns and extra costs of a cash-only approach.

Account holders have to pay hefty fees to Severn and can’t write checks or seek loans from the bank, because doing so might trigger scrutiny from federal regulators that could prove problematic. The businesses say they go to extraordinary lengths to prove they aren’t violating any of Maryland’s strict medical pot regulations.

But the ability to pay employees through an automatic debit system, buy supplies with a debit card and purchase marijuana through wire transfers put Maryland pot businesses a step ahead of pioneers in such states as Colorado, California and Oregon, where industry observers estimate that 70 percent of marijuana businesses run on cash.

“That bank was very quick out of the gate saying, ‘I want to work with the industry,’ ” said Jake Van Wingerden, who chairs a Maryland cannabis trade association and heads SunMed Growers, a licensed grower in Cecil County that has had an account with Severn for more than a year. “Everybody I talk to has accounts at Severn. . . . I don’t know how else we would do business.”

The other cannabis businesses that said they had accounts with Severn are Allegany Medical Marijuana Dispensary in Cumberland, Time for Healing dispensary in Prince George’s County, Maryland, and Green Leaf Medical in Frederick, Maryland.

Alan Hyatt, the president of Severn Bank, did not return repeated phone calls, and advertising manager Nicole Donegan said the bank “does not comment on specific banking methods or relationships.”

For years, cannabis advocates have tried to change marijuana’s status as a Schedule One drug, which would eliminate the legal limbo that deters most nationally oriented financial institutions from holding what the federal government still considers drug money. Even state-chartered banks interested in working with cannabis companies have to report to federal regulators, such as the Federal Deposit Insurance Corporation (FDIC), which protects banks during economic crises.

Advocates hope that the drug’s growing acceptance – Maryland dispensaries opened for business last month, and California legalized recreational use as of Jan. 1 – could lead to changes at the federal level. But an easing of restrictions seems unlikely under Trump-appointed Attorney General Jeff Sessions, an Alabama Republican who sharply opposes legalization.

Running afoul of state law is a much bigger worry. If one of Severn’s cannabis account holders was found to be illegally transporting marijuana across state lines or selling to minors, Ayinehsazian said, “it could lead to potential liability [for the bank] depending on how much they knew, how much they should have known and to what extent they were implicated in what was going on.”

That gives the bank a strong incentive to keep close tabs on account holders.

Dispensary managers who have accounts with Severn describe a rigorous protocol meant to keep pot-related accounts off the federal grid and to ensure they are following regulations. Businesses can’t write checks from their accounts or accept checks for deposit from customers, managers said, because such transactions would touch federally regulated financial systems. They may not accept credit cards for purchases or use wire transfers for the same reason. They can’t seek small-business loans. Each day, dispensaries must email the bank detailed daily financial and inventory logs from Metric, the software system that regulators use to track marijuana from seed to sale.

“We have to account for every penny, every piece of product, to prove that there is no diversion of anything,” says Sajal Roy, an owner of Allegany County Medical Marijuana Dispensary in Cumberland, Maryland.

Roy says he paid $3,000 to open an account with Severn two years ago and pays monthly fees of $1,750. Those costs were too much for Mechanicsville dispensary owner Charlie Mattingly. But Roy said the ability to pay employees and buy supplies from vendors using the bank’s automated transfer system is well worth the expense.

Community bankers’ efforts to work with the medical pot industry in other states have sometimes gone awry. In Florida last week, First Green Bank abruptly told its cannabis business account holders that it would not hold their money past January, even though it had spent years positioning itself as the sole banking resource for the industry there.

First Green did not explain the reasoning behind what it called a “tough business decision,” but the Miami Herald reported that the move is part of an impending buyout by a larger financial institution.

For now in Maryland, Severn does not appear to have any competition. Phil Goldberg, chief executive of Frederick-based grower Green Leaf Medical, said he called an estimated 40 banks about setting up an account for his marijuana business when he started the company last year, and only Severn was open to it. That could change, however: Goldberg says he is meeting a representative from a different bank, which he declined to name, about touring its facility and potentially setting up an account.

Those who take the all-cash approach sometimes end up with hundreds of thousands of dollars locked in on-site vaults, waiting to be doled out to employees on payday. Many dispensary owners say handling large piles of cash and marijuana could make them a target for criminals.

Having access to banking services should be viewed as a stamp of legitimacy, some cannabis entrepreneurs said.

“We want that recognition that cannabis is not a back-alley business,” said Terri White, a psychotherapist whose Time for Healing dispensary has an account with Severn but is still awaiting its final approval from the state so it can open for business. “We’re here to help people and make a financial impact on the community.”

Watch: He’s on a quest to fix pot banking