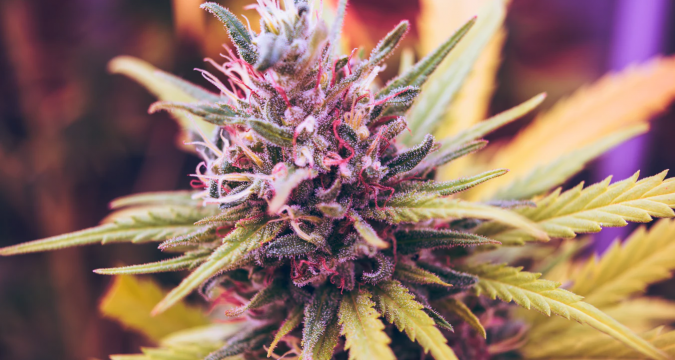 They say one of the best ways to explore a new country is through its cuisine, but what about its cannabis selection? Depending on the region, its climate, and growing trends and cultures, cannabis plants can vary drastically from one country to the next. This curated list of the top 7 internationally-derived cannabis strains will help you discover your new favorite strain, right here in LA. With growers carrying these strains, or their derivatives, you can indulge in these international flavors all from the comfort of your own couch.

This sativa-dominant strain is a crowd pleaser for a reason, one of the most ordered products for California cannabis delivery. Its namesake, Jack Herer, was a prominent marijuana activist and the author of the widely popular book, The Emperor Wears No Clothes, an exploration of the cannabis plant and its many uses.

The Jack Herer strain was created by Sensi Seeds, a company of Amsterdam based growers and developers, in the year 1990. This strain combines Haze with a Northern Lights #5 and Shiva Skunk cross to create a sativa-dominant strain with heightened cerebral effects. Known for its quality and potency, this pine-scented strain is now a household name, much like its namesake.

One of the most striking cannabis strains is the notorious Silver Haze, propagated out of Holland in 1985 by Sensi Seeds. This strain is derived from world renown Northern Lights and Haze. Its name stems from the sparkling THC coating the cannabis, giving it a silver effect. This particular sativa strain is used to evoke strong, but clear-headed effects. The body high it creates can be long-lasting compared to other cannabis strains, leaving users feeling uplifted and creative.

Moving a little further South, you’ll find the popular Cannatonic strain, originating from Barcelona, Spain. This hybrid cannabis strain is mostly CBD, rather than psychoactive THC. This helps produce more mellow, relaxing effects that help to alleviate the body, as opposed to stimulating the brain. Given its soothing properties, this strain is marketed as one of the best medical marijuana options on the market. Cannationic is used to treat various pains such as migraines and muscle spasms.

Heading East of Spain, we’ll come across warmer weather and even more cannabis. The earliest varieties of cannabis are thought to have originated from the Middle East, but can now be conveniently found throughout the US. As its name might suggest, the Afghani strain originates from Afghanistan, and is a landrace strain. This potent indica strain delivers a deep, sedated body high and euphoric sensations. Because of its relaxing effects, Afghani is best used to treat anxiety and insomnia. Its flavors are more earthy than other cannabis strains, balanced with a hint of sweetness.

Another famous international strain is White Widow, originating in the Netherlands and produced by Green House Seeds. This potent hybrid strain combines a Brazilian sativa landrace with a South Indian indica. The popularity of this strain comes from its potency, clocking in at an average THC composition of 20%. The buds of the White Widow are covered entirely in long-stalked trichomes, creating its whitish-gray appearance. Those who use White Widow note its euphoric effects. This cerebral high, though useful for those seeking a creative, psychedelic experience, can prove powerful. Those who indulge in White Widow should dose accordingly.

Another international marvel developed by Sensi Seeds is White Gold, a 60/40 indica dominant hybrid. This balance of body and mind effects makes White Gold ideal for a variety of activities, from lounging on the couch to getting productive with creative work. This body/mind blend has also been known to help ease certain physical pains and mental anxieties, making White Gold a beneficial strain for those seeking relief with medical marijuana.

With these 7 international options ranging from soothing indica, creative sativa, to a satisfying blend somewhere in between, it’s only a matter of time before you discover your new go-to strain. The best part? Each of these international strains can be found locally, right here in LA. Check out your local dispensary to see which one is waiting for you.