Hemp Beers are nothing new in Colorado.

Several have been brewed over the past fifteen years — if not further back — but when New Belgium Brewing releases its new hemp beer, the Hemperor HPA, next month, it will represent a serious effort by the state’s largest craft brewer (and the nation’s fourth-largest) to bring the often controversial and quasi-legal plant into the mainstream market.

The 7 percent ABV beer, which will be sold in six-packs, is brewed with hemp seeds, adding a component that the brewery believes will re-create the flavor of cannabis terpenes, the aromatic oils in plants. Hemp itself is the non-psychoactive cousin of marijuana, often used in textiles, soaps and food.

New Belgium isn’t commenting on the beer until later this month, but it could debut on tap on April 20 (better known as 4/20) in some areas before being distributed nationwide. Appropriately, the brewery — whether accidentally or with a touch of foresight — applied for its trademark for the Hemperor name on April 20 last year.

It’s legal in the United States to produce products made with hemp as long as the hemp isn’t grown here — though Colorado is trying to change that by creating its own hemp-farming industry.

But other hemp products, including cannabidiol, or CBD, have faced a federal threat since January 2017, when the U.S. Drug Enforcement Administration issued a confusing statement that seemed to outlaw the substance.

The Hemp Industries Association promptly sued the DEA; the case is now being considered by the 9th U.S. Circuit Court of Appeals in San Francisco. 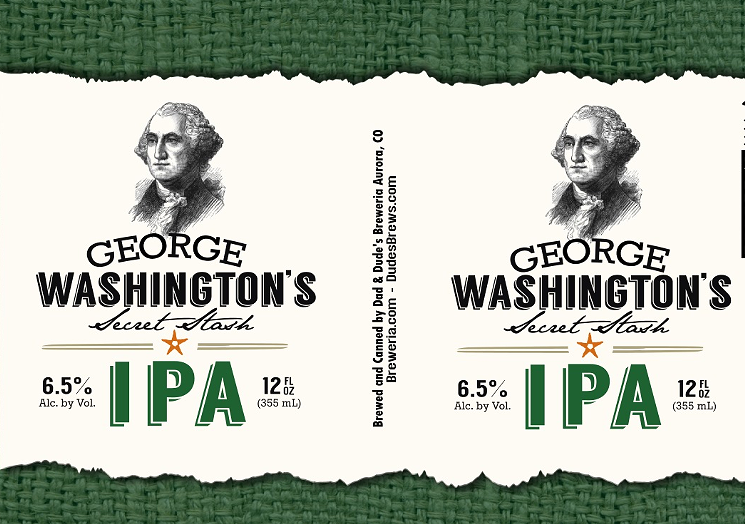 In September 2016, Dad & Dudes Breweria in Aurora became the first brewery in the country to gain approval from the Alcohol and Tobacco Tax and Trade Bureau (TTB) for a non-THC, CBD-infused beer. But the brewery had to put its big plans to brew and market the beer on hold after the DEA ruling.

Major Hemp is distributed to various bars and restaurants around Denver, and Sipp has said that demand is growing and that it is in negotiations with the Colorado-based Cheba Hut sandwich chain to serve the beer in all seven of its locations.

One of the first Colorado breweries to make a hemp beer was Heavenly Daze, which operated both in Steamboat Springs and Denver but has been closed for years.

The brewery had to stop producing Hemp Lager in March 2003 after the DEA “announced that foods made with hemp were forbidden — and those rules were to kick into effect on April 21, the day after ‘4-20’ (the pot smoker’s code for smoking time) and just over a year after a federal court shot down the DEA’s October 2001 attempt at a hemp-food ban,” according to a Westword story.

Here’s what New Belgium says about the Hemperor on its website:

Get ready: an exciting new offering that’ll change the way you think about hoppy beers is coming your way. The brewers at New Belgium have created a new style of IPA: The Hemperor HPA. With the popularity of hoppy beers, our brewers are always on the lookout for different hop varieties and the complexities and flavors new strains can bring. That’s where hemp comes into the picture. Without getting too nerdy, we found a unique way to recreate hemp terpene flavors in a beer, which complement the inclusion of hop flavors and hemp hearts (seeds) in a brand new, delicious way—not to mention this beer is extremely dank! The flavors and aromas are so unique that it’s a style unto itself, hence HPA®.

Keep an eye out for The Hemperor HPA and brace yourself for a new experience in hoppy beer. The Hemperor HPA arrives on draft in April and on shelves in late May. So, hit the beer finder to set up alerts so you’ll know exactly when this game-changing beer lands near you.