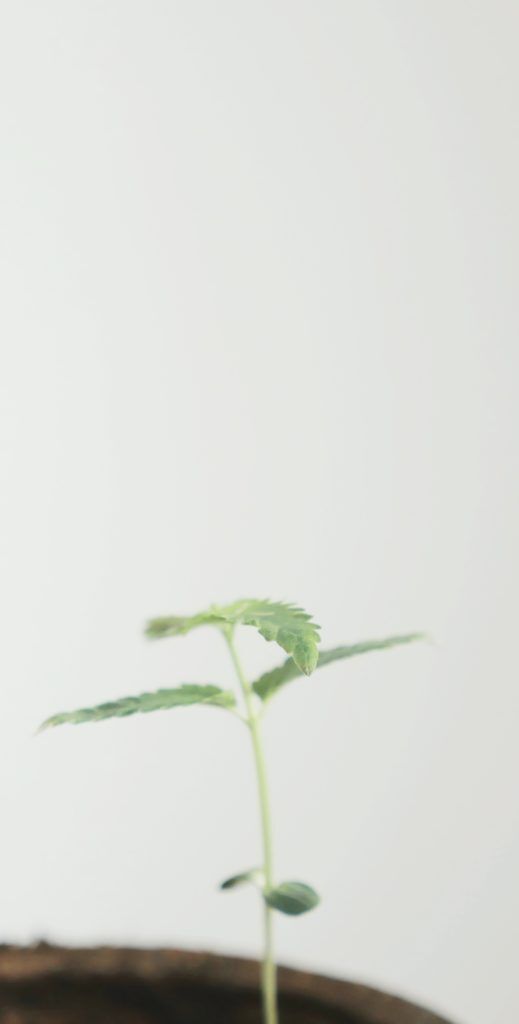 Hemp and marijuana. Have you ever wondered how these two plants differ? Chances are, you’re not alone. After talking to a handful of people, we discovered that there’s quite a bit of confusion surrounding these two similar (but actually quite different) plants. Here we explore how they come from the same genus, yet create completely contrasting effects for recreational and medical users alike. With a foundation of disparate cannabinoids, the two are both home to miracle compounds that can make you high or ground you in a cloud of therapeutic effects. Discover the misconceptions surrounding our leafy friends and make the most out of what you’re looking for.

To understand cannabis, first, one has to understand the compounds of which it is made. Introducing cannabinoids, the main medicinal and therapeutic-inducing ingredient that generates the array of associated effects with which we have come to know today. 100% naturally produced, this chemical ingredient has 113 strains to date, of which CBD & THC are the most well-known. It is these cannabinoid strains that are called into question when it comes to legal classification.

The difference? CBD (cannabidiol) is deemed non-psychoactive and THC (tetrahydrocannabinol), psychoactive. Both cannabinoid compounds, in fact, come from the same cannabis plant species, the Cannabis sativa L, with one variation setting them apart on whether they are identified as hemp or marijuana — their THC levels.

All CBD-based marijuana holds traces of THC, but under 0.3% can mainly be found in hemp cannabis plants. For its sister counterpart, THC, a cannabis plant is determined to be marijuana if its THC percentage levels are above 0.3%.

Marijuana is the most recreationally-used plant due to its psychoactive nature. The most potent of compounds, marijuana is equally sought-after for its medicinal properties and responsible for the soar in cannabis businesses. Just last year, the U.S. recorded an estimated 20,000 to 28,000 businesses in 2017. Its mind-altering essence has meant many have jumped on the wagon in research, cross-breeding, and selective growing — creating a hybrid of marijuana plants that are now made up of more than one strain.

THC binds to receptors in the brain with a combined effect on mood, appetite, cognition, and perception, which creates the overall ‘high.’ A sense of euphoria and relaxation is emitted, as THC connects with the human endocannabinoid system (ECS). Discovered in 1988 by scientist Dr. Allyn Howlett, the ECS means both a mental and physical reaction is experienced, and it is the latter that holds strong medical associations.

THC holds the ability to reach cells in the immune system that can open to a range of beneficial effects, including comfort from anti-inflammation, cancer, chronic pain, and mood, sleep, and digestive disorders.

Mainly found in hemp, CBD is a by-product of the cannabis plant. A tough fiber itself, uses of hemp for which it is cultivated include paper, fabric, and rope. CBD-based products today range from CBD oils, vaporizers, edibles, and even health and beauty products. With equally strong medical values, CBD is believed to offer pain relief, while also counteracting the cognitive effects of higher THC strains — feelings of paranoia and anxiety, believed to be brought about by selective breeding.

So, can you get high off hemp? Yes and no. The CBD high is vastly different from that of THC. Often preferred by patients for medical uses, the draw lies in its ability to offer a grounded experience that is more intuitively connected to the ECS. CBD can keep the mind clear of stoney side-effects typical of THC, bringing about relaxation while treating pain and discomfort such as depression, headaches, stress, anxiety, nausea, and more.

Considered an antidote to THC and a miracle medicine by many cannabis advocates, CBD’s rich compounds pack a calming punch. With added health interests, the proof is in the numbers — 75% of cannabis users used CBD-based products in the U.S and abroad in 2017. The most well-known, CBD oil, has been used for suppressing life-threatening seizures. Recorded as far back as 1843 by William O’Shaughnessy, the British doctor published an article on how cannabis oil had brought a halt to an infant’s acute convulsions.

THE FUTURE OF CANNABIS

With recent technological innovations and a curiosity for higher ‘highs,’ the development of cannabis has evolved over the years. Extraction and vaping techniques see a demand for cannabinoid concentrations that exceed potent THC levels, tipping the fine balance in euphoria. In comparison to the 5-20% average, unprecedented THC-dominant strains can now reach new levels as high as 30%.

A new wave of developments on cannabis-based drugs means wider access to availability in many forms. With capsules, topicals and even pet products in the mix, CBD is on its way to taking over the world in a series of medical studies and creations featuring vaporizers and fun edibles in a pool of many.

One of man’s oldest crops with innumerable species, there is much left to be explored of the enchanting cannabis plant. 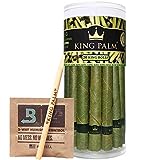 $24.99 ($1.25 / Count)
Convenient | Can't roll? No problem. These come pr... read more
(as of April 1, 2020 - More infoProduct prices and availability are accurate as of the date/time indicated and are subject to change. Any price and availability information displayed on [relevant Amazon Site(s), as applicable] at the time of purchase will apply to the purchase of this product.)